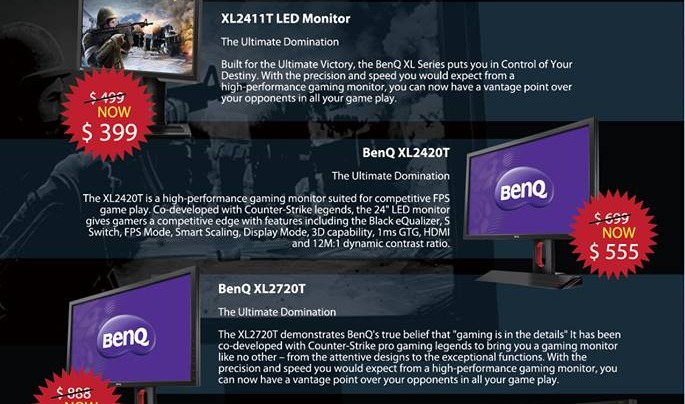 A BENQ Asia/Pacific flyer on Facebook includes an upcoming BENQ XL2420Z monitor, the 24″ version of the upcoming new BENQ XL2720Z.

The flyer shows Singaporean dollars, which are larger numbers than $USD and $CAD.

The BENQ XL2720Z has also arrived early at Blur Busters for testing, and a review will be posted during December.