2020 Update: NVIDIA and ASUS now has a long-term road map to 1000 Hz displays by the 2030s! Contacts at NVIDIA and vendors has confirmed this article is scientifically accurate.

For those new to Blur Busters, I am the co-author of a peer reviewed conference paper (along with researchers from NOKIA, NIST.gov and Keltek) on successfully photographing display motion blur which several websites have now adopted, including RTINGS, TFTCentral, SWEclockers, HDTVtest, etc.  The most prominent site of these, RTING.com, credits me (here, here, and in the Credit Screen of the below YouTube) for my invention in inexpensively photographing display motion blur.

Also, we were the world’s first consumer website to test a genuine true-480 Hz display (no fake Hz). We had to invent new motion tests to test 480 Hz.

Demo of Motion Blur from Persistence

For this optical effect, view this on LCD instead of CRT or plasma. If using motion blur reduction (e.g. ULMB, BFI, or interpolation), turn that feature off temporarily for this animation demo. Another great TestUFO animation is TestUFO Persistence-of-Vision.

Warning for flicker-sensitive people: There are other animations further down on this page that utilize flicker to demonstrate scientific principles of display motion blur behaviour.

These are two very different pixel response measurements, as seen in the GtG versus MPRT FAQ. There are many 60Hz displays with <1ms GtG (e.g. OLED) but has 16.7ms MPRT (lots of motion blur).

This is because fast GtG doesn’t always mean fast MPRT. Back in 2013, I wrote “Why Does OLED Have Motion Blur?” when people were surprised by OLED motion blur despite OLED’s fast pixel response. This is due to the “sample-and-hold” effect, otherwise known as display persistence.

How Do Displays Reduce Motion Blur?

Motion blur on modern digital displays are reduced via strobing or black frame insertion (BFI) to lower persistence. Many LCD gaming monitors use strobe backlights (such as ULMB) that flicker at the same frequency of the refresh rate, in order to reduce motion blur. 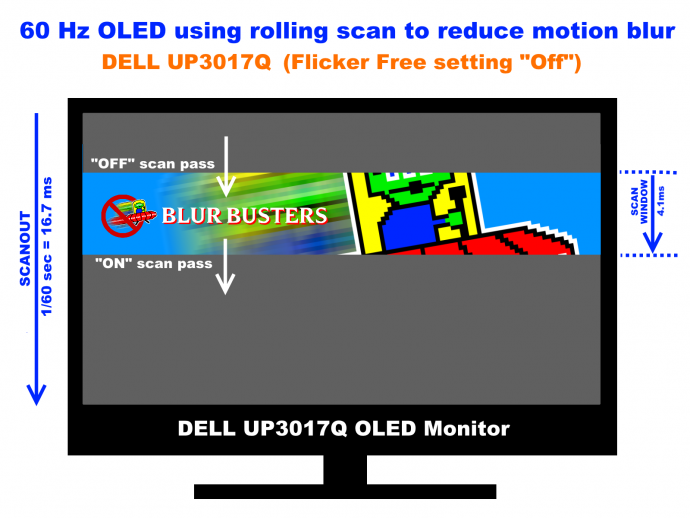 Also, OLED screens used for virtual reality also do this type of rolling scan. This includes the Oculus Rift and HTC Vive, as well as Samsung GearVR compatible smartphones. When a GearVR smartphone is inserted into a GearVR compatible headset, they run in a special low-persistence strobed mode.

Many newer displays, especially OLED displays and modern TN gaming monitors, have the majority of their GtG pixel transitions complete in a tiny fraction of a refresh cycle. This makes GtG an insignificant percentage of MPRT. Such displays exhibit behaviour that closely follows Blur Buster’s Law.

This is a universal guaranteed minimum motion blur that you will get on a display, no matter how good your vision is.  This is before any addition blur is added, such as GtG limitations (additional smearing/ghosting) or display source limitations (camera blur or slow camera shutter) or human vision limitations (natural motion blurring).  It is an immutable constant, similar to speed of light.

This is the Blur Busters simplification of the MPRT formula found in this scientific paper. We use MPRT100% instead of MPRT90% (in the scientific paper). A 120Hz ideal sample-and-hold display has identical motion blur (MPRT100% = 8.333ms) as a 1/120sec photo shutter for the same physical panning velocity of full frame rate material. We prefer MPRT100% at Blur Busters for simplicity and to match human-perceived motion blur on fast sample-and-hold displays. This is also easier for blogs to calculate from TestUFO motion tests.

This is easily demonstrated by measuring the amount of motion blur in motion tests such as TestUFO.

However, software is limited in precision (erratic flicker) and can only BFI increments of full refresh cycle lengths. Hardware is required to achieve sub-refresh-cycle BFI (e.g. strobe backlights such as ULMB).

What About Ghosting / Overdrive / Smearing Artifacts? 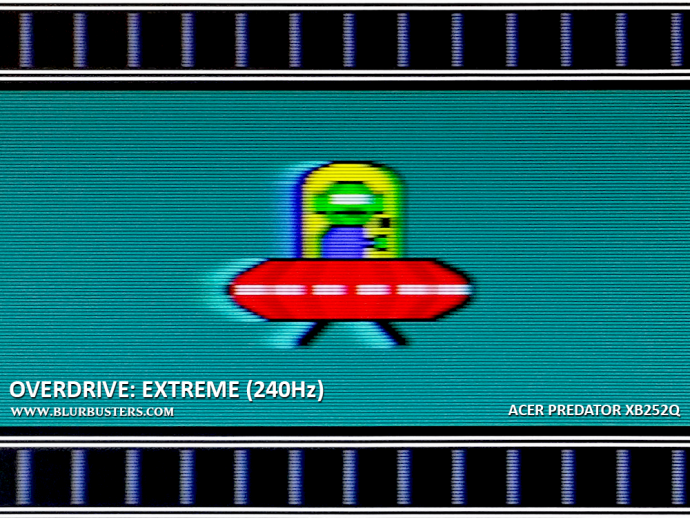 Blur Busters Law simply specifies the guaranteed minimum display motion blur you will see. It does not prevent additional motion blur (or other artifacts) above-and-beyond motion blur from persistence.

Just like a guitar string that is plucked, high-Hz strings are blurry while low-Hz strings noticeably vibrate. The same is true for display blur versus stutter — Blur Busters Law is simply a function of frequency.

Low frame rates such as 15fps (whether be 15Hz, 30Hz, 60Hz or 120Hz sample-and-hold) will noticeably stutter. Instead of “50 pixels of motion blur” it reads as “50 pixels of stutter amplitude” (the vibrate-back-and-fourth span).

However, once the stutter is high-frequency (e.g. 60fps or 120fps) the 60 or 120 stutters per second vibrates so fast, it just blends into motion blur. The “stutters-blends-to-motion-blur” effect is more easily understood in this variable refresh rate simulation, if viewed on a common LCD (non-strobed):

This is a TestUFO Animation that simulates variable refresh rate (G-SYNC, FreeSync, HDMI 2.1 Game VRR, or VESA Adaptive-Sync) via interpolation. Assuming you’re using a modern GPU-accelerated web browser (e.g. chrome://gpu fully green) the above browser animation above will show that low-framerate stutter blending seamlessly into motion blur as the frame rate (refresh rate) smoothly ramps up and down.

A huge purpose of variable refresh rate gaming displays (G-SYNC and FreeSync gaming displays) is to eliminate stutters induced from frame rate fluctuations. However, it cannot fully eliminate stutter of ultra-low frame rates (e.g. 15fps or 30fps). Whatever leftover stutter remains, exactly follows Blur Busters Law except that the calculated minimum motion blur (in pixels) is instead the stutter amplitude (in pixels).

Another great animation demonstrating the continuum between stutter and motion blur, can be demonstrated in TestUFO Eye Tracking Variable Speed Animation.

What About Duplicate Images on Strobed Displays?

In the old days, playing 30 fps games on a 60 Hz CRT created a double image effect. This is still a problem today when playing on strobed displays running any frame rates below strobe rate. 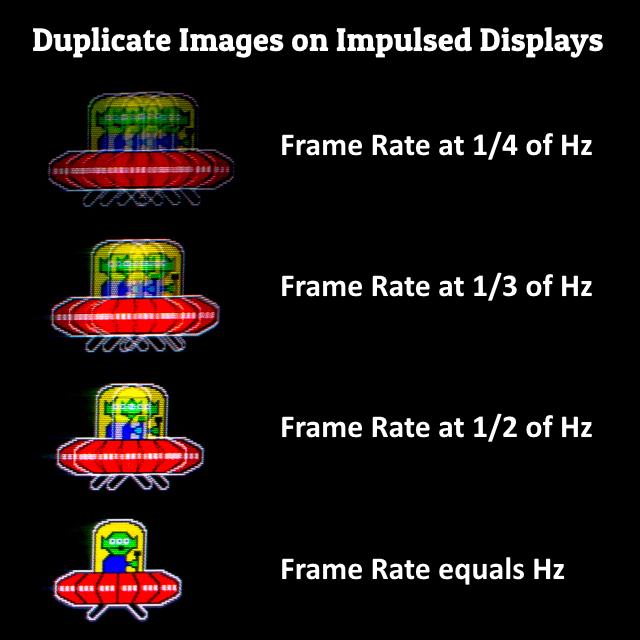 In addition, multi-image artifacts are also made visible via backlights utilizing PWM-dimming, such as doing 360 Hz PWM at 60 Hz. This produces the same effect. 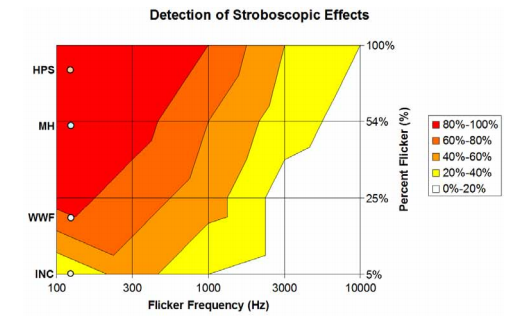 Not just from refresh rate, this can also include PWM backlights that flicker multiple times per refresh cycle (e.g. PWM dimming too). To do proper motion blur reduction, you want only one want one flash per frame.

But I Also See Stroboscopic Effects at Full Frame Rate Too!

This happens when you do fixed-gaze situations. This is also called the Phantom Array Effect. Stare at the middle of the below animation, the TestUFO Mouse Arrow Demo.

Unfortunately, there are many situations where we don’t want motion blur forced upon us by the display above-and-beyond natural human vision blurring. This includes virtual reality headsets. Oculus and other manufacturers found that low-persistence reduces nausea in virtual reality. They cannot add additional motion blur without increasing nausea. So stroboscopic effects are currently the lesser of evil for most people.

During our true 480 Hz monitor tests, stroboscopic display effects were still visible even at 480 Hz!

Do Strobed LCD/OLED Flicker More Than CRT and Plasma?

This is why the equivalent refresh rate (e.g. 75 Hz) flickers a lot more on strobed LCD displays than on CRT/plasma displays, because you’re comparing square-waved strobing (e.g. ULMB) versus curved strobing (e.g. CRT).

Today, we sit closer to screens that are bigger and brighter than yesterday’s CRT tubes. This amplifies visibility of flicker. Due to this, most blur-reduction modes (ULMB) run only at higher refresh rates such as 120 Hz instead of 60 Hz to avoid bad flicker.

We simply use use overkill BFI/strobe rate to compensate for the lack of flicker curve-softening (phosphor fade). Thankfully, 120 Hz square wave strobing (ULMB or LightBoost) still flickers a lot less than an old 50 Hz or 60 Hz CRT.

The only way to simultaneously fully fix motion blur and stroboscopic effects is an analog-motion display.

Real life has no frame rate. Frame rates and refresh rate are an artificial digital image-stepping invention of humankind (since the first zoetropes and first movie projectors) that can never perfectly match analog-motion reality.

However, ultra-high frame rates at ultra-high refresh rates (>1000fps at >1000Hz) manages to come very close. This is currently the best way to achieve blurless sample-and-hold with no flicker, no motion blur, and no stroboscopic effects.

Also, real life has no flicker, no strobing and no BFI. Today’s strobe backlight technologies (e.g. ULMB) are a good interim workaround for display motion blur. However, the ultimate displays of the distant future will fully eliminate motion blur without strobing. The only way to do that is ultra-high frame rates & refresh rates. 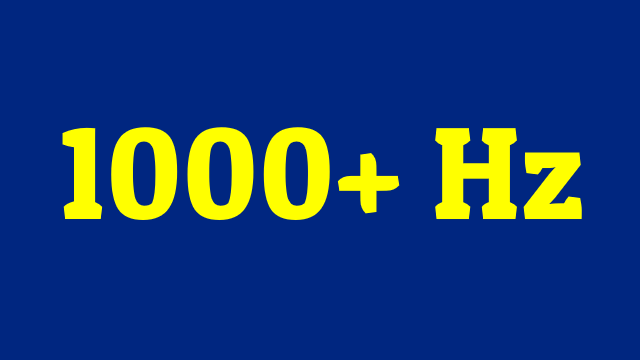 The limiting factor is human-eye tracking speed on full-FOV retina-resolution displays. As a result, with massive screen 4K TVs, 8K TVs, and virtual reality headsets, higher refresh rates are needed to compensate for degradation of motion resolution via persistence.

the sweet spot for 1080p at 90 degrees FOV is probably somewhere between 300 and 1000 Hz, although higher frame rates would be required to hit the sweet spot at higher resolutions.

In addition, NVIDIA scientists, including Morgan McGuire, have agreed too:

Higher frame rates are definitely better for visual quality. They also are power hungry, so it will take a while to solve that for standalone HMDs. I think 240 Hz/eye is a good short term target and agree with 1kHz+ for the long run.

The Blur Busters Law (1ms of persistence = 1 pixel of motion blurring per 1000 pixels/sec) becomes a vicious cycle when it comes to increasing resolutions and increasing FOV. Persistence limitations and stroboscopic artifacts are more easily noticed with the following: 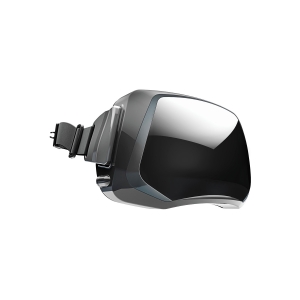 In the most extreme future case (theoretical 180+ degree retina-resolution virtual reality headsets), display refresh rates far beyond 1000 Hz may someday be required (e.g. 10,000 Hz display refresh rate, defined by the 10,000 Hz stroboscopic-artifacts detection threshold), and also explained in The Stroboscopic Effect of Finite Frame Rates. This is in order to pass a theoretical extreme-motion “Holodeck Turing Test” (becoming unable to tell apart real life from virtual reality) for the vast majority of the human population.

However, for general CRT-quality sports television watching, 1000fps at 1000Hz would sufficiently approximately match 1ms CRT phosphor persistence, for a flicker-free sample-and-hold display. Technologically, this is achievable through interpolation or other frame rate amplification technologies on an ultra-high refresh rate display.

The Vicious Cycle Effect also applies to stutters that are no longer hidden by other defects such as display motion blur. For example a 1ms stutter is an 8 pixel stutter-jump at 8000 pixels/second, which is a slow one screenwidth per second on an 8K display. Smaller stutters becoming human-visible again with extreme display and graphics quality improvements.

Blurfree Sample & Hold: Will 1000+ Hz Happen in My Lifetime?

This will eventually be necessary for virtual reality, but also useful for huge wall-sized retina displays needing blur-free motion. It will take time, but fortunately, it is closer this century than many think. Experimental 1000 Hz displays now exist.  For example, ViewPixx has a 1440 Hz DLP projector for display research, and there are several other vendors. 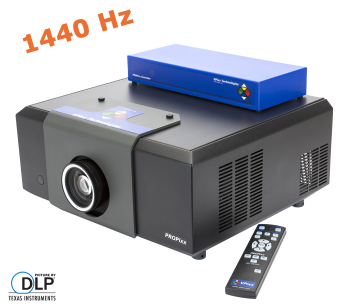 It will be challenging for graphics processors to generate the ultra high frame rates necessary for future 1000+ Hz gaming displays of the 2020s and 2030s.

Solutions are being accelerated out of necessity by virtual reality research. For example, Oculus’ asynchronous time-warping and spacewarp technologies converts 45 frames per second to 90 frames per second at low GPU processing cost via clever 3D interpolation tricks. 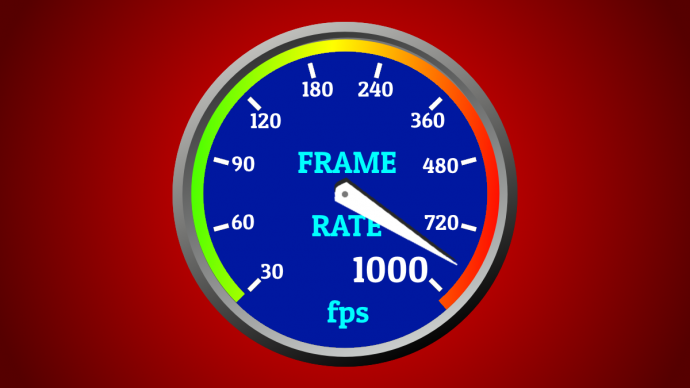 Dr. Morgan McGuire (NVIDIA scientist who agreed on 1000+Hz) wrote an article for RoadToVR about foveated rendering algorithms as well as real-time ray-tracing or beam-tracing with real time de-noising. This can be another potential alternative to ultra-high frame rates.

In addition, future lagless 3D interpolation technologies with geometry-awareness and parallax-reveal capabilities, may potentially convert 100fps to 1000fps with no visible artifacts for 1000Hz.

Another theoretical route to successful high-detail 1000fps+ could be a co-GPU embedded in the display (Imagine a G-SYNC 4 or FreeSync 4 with strobeless ULMB!), working in conjunction with a main computer’s GPU, in order to get around display cable bandwidth limitations. The future of “Frame Rate Amplification Technologies” (FRAT) is full of exciting research!