Often overlooked is G-SYNC’s ability to adjust the refresh rate to lower fixed framerates. This can be particularly useful for games hard-locked to 60 FPS, and has potential in emulators to replicate unique signals such as the 60.1Hz of NES games, which would otherwise be impossible to reproduce. And due to the scanout speed increase at 100Hz+ refresh rates, an input lag reduction can be had as well… 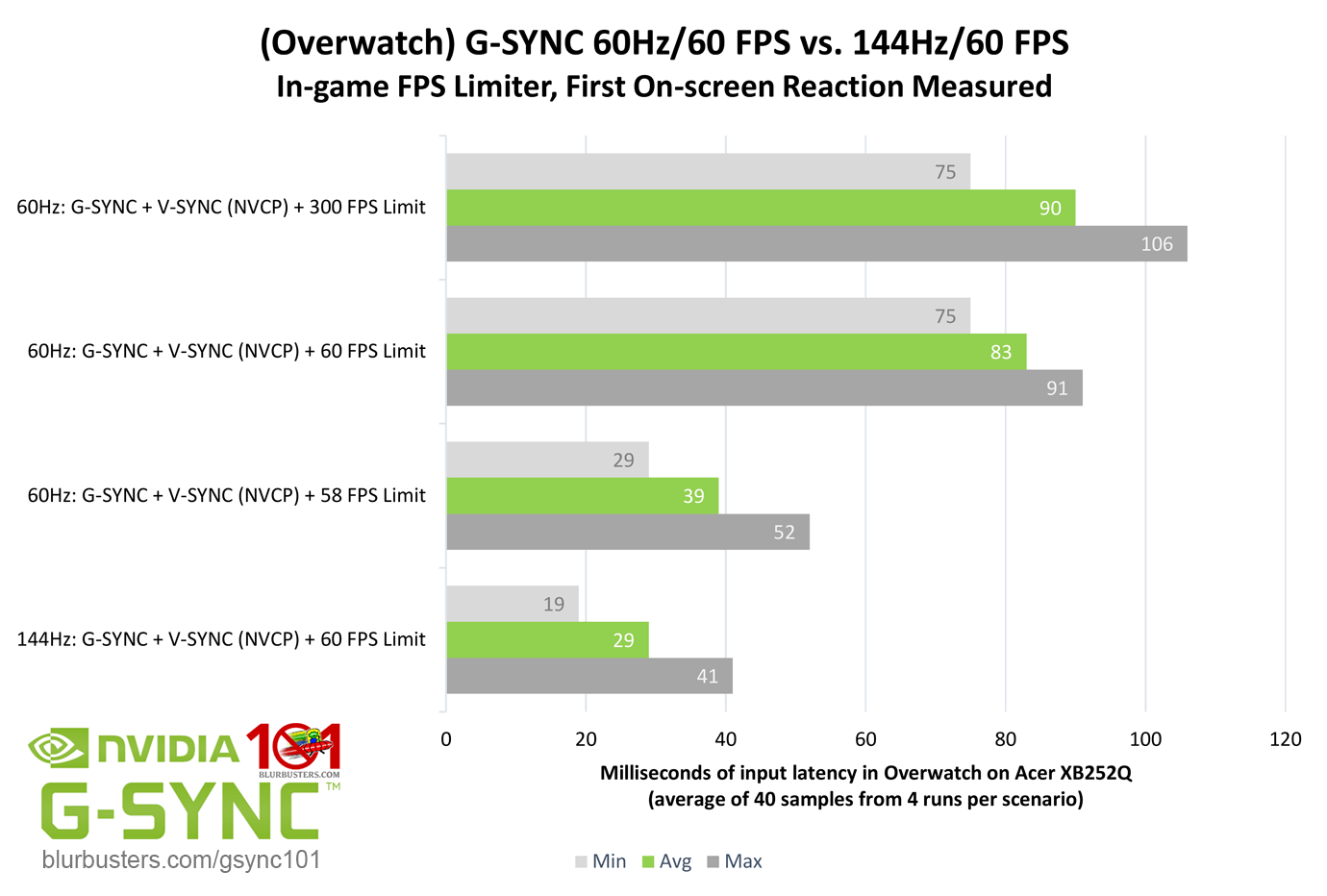 The results show a considerable input lag reduction on a 144Hz G-SYNC display @60 FPS vs. a 60Hz G-SYNC display @58 FPS with first on-screen reactions measured (middle screen would show about half this reduction). And while each frame is still rendered in 16.6ms, and delivered in intervals of 60 per second on the higher refresh rate display, they are scanned in at a much faster 6.9ms per.