Short answer: Yes, during game play, there are advantages to frame rates higher than refresh rates!

Long answer: There are three major advantages of fps higher than Hz written below. Most of the common benefits apply to “VSYNC OFF” gaming, instead a variable refresh rate monitor such as FreeSync displays or G-SYNC displays…

Higher frame rates do reduce input lag. This is important for competitive gaming. eSports tournaments can have million-dollar prizes for CS:GO gamers, where differences in human reaction times may be mere milliseconds apart, and be greatly affected by input lag.

We also did VSYNC OFF lag tests during G-SYNC 101. Where frame rates were able to go far above refresh rates, input lag still continued to fall the higher the frame rates went: 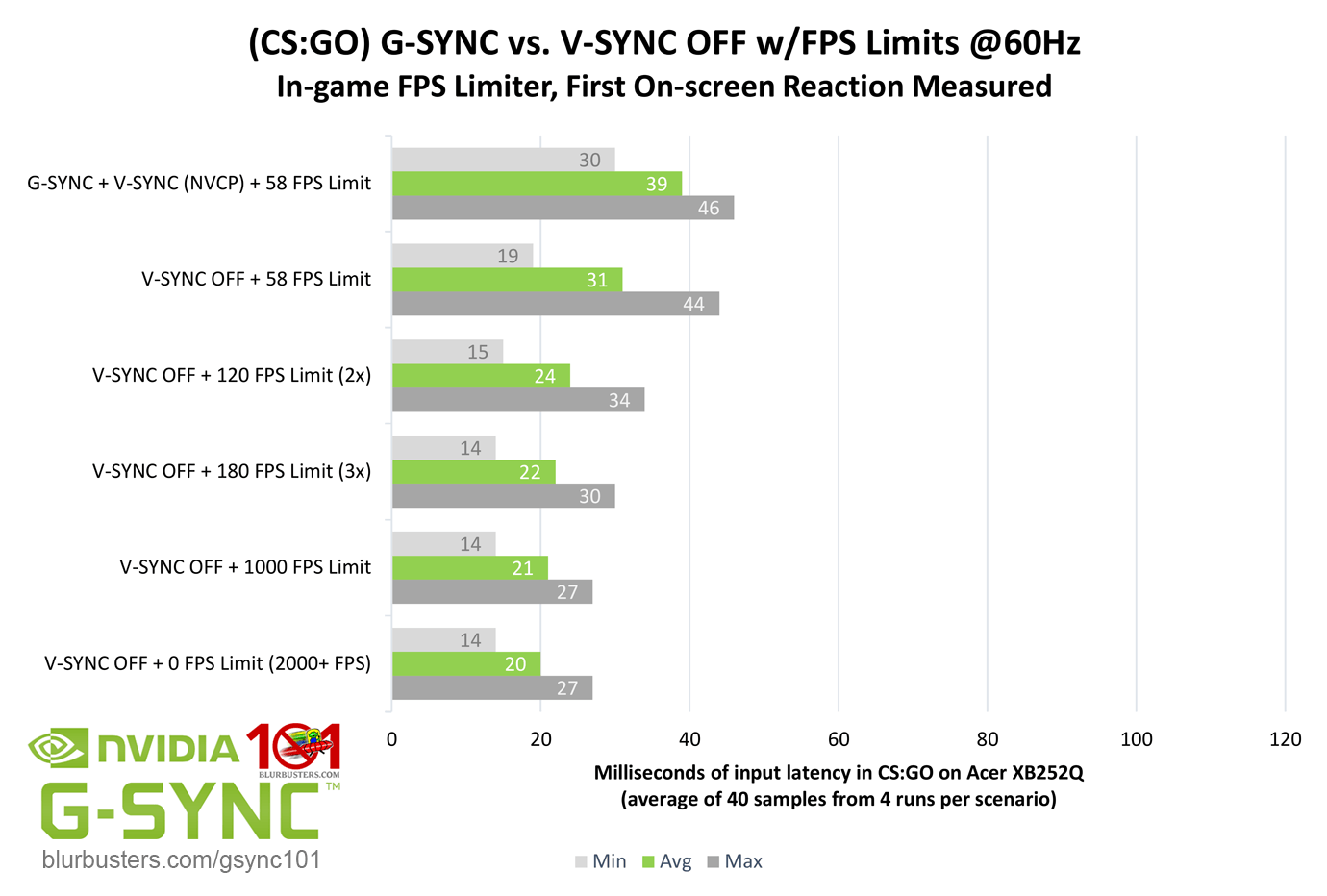 The “cross-the-finish-line-first” effect of simultanous-gun-draw situations means milliseconds can matter even if you cannot feel the lag! This is true you’re an amateur player trying to gain more frags — or a professional player competing for huge money prizes in eSports.

Most modern GPUs can run at frame rates far exceeding refresh rate, and this definitively gives you a competitive advantage during Blur Busters input lag tests. Higher refresh rates can also give you less lag too.

If you watch high speed videos of refresh cycles, a display will refresh one pixel row at a time from top to bottom. During the “VSYNC OFF” setting, you can still see fragments of the same frame even at frame rates far higher than refresh rates. Here is a diagram of 432 fps at 144 Hz: 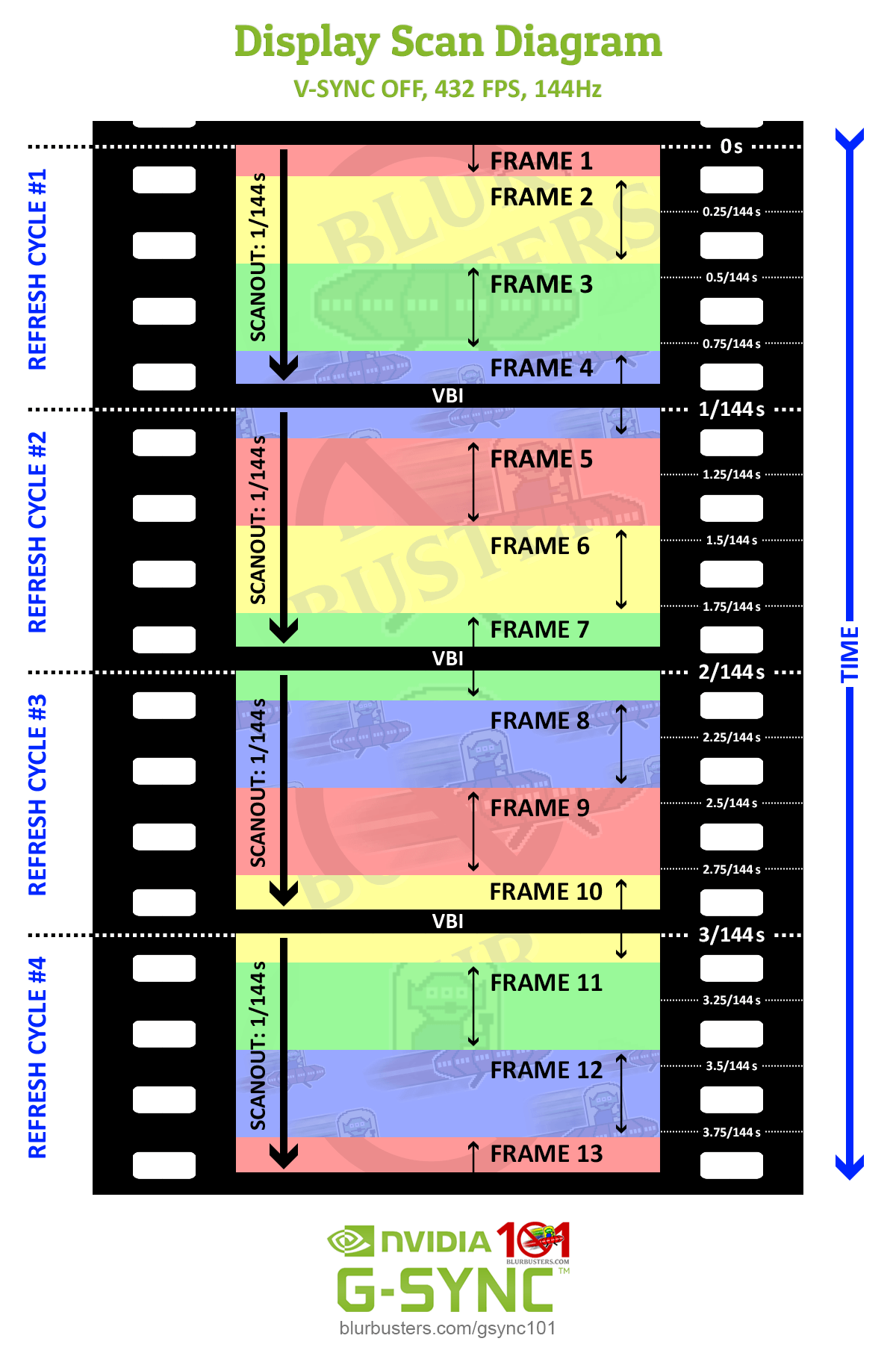 The disadvantage, however, is tearing during VSYNC OFF. This disadvantage doesn’t matter to many competitive/eSports players where winning the frag is more important.

At 432 frames per second, each frame fragment shown (frame slice) has only 1/432 second of input lag from GPU rendering. This means you can react more quickly to on-screen action at frames higher than refresh rate.

Tearing is much fainter at framerates far higher than the refresh rate. This is useful if you run older games (CS:GO, Quake, etc) that run at extremely high frame rates of hundreds or thousands of frames per second:

VSYNC OFF during 150fps creates more visible tear lines than 500fps. This is because the horizontal offsets at the tearline boundaries are much smaller at ever higher frame rates.

At ultra-high frame rates, there are many more tear lines, but they are all at smaller offsets: 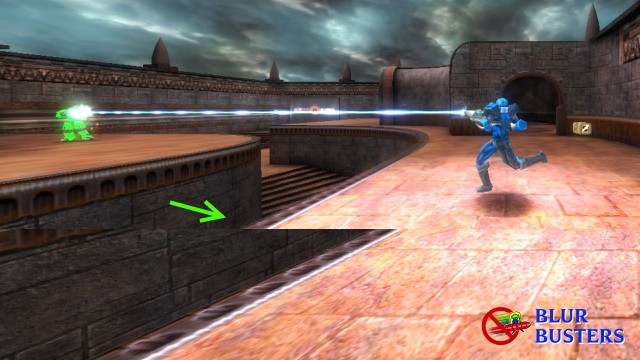 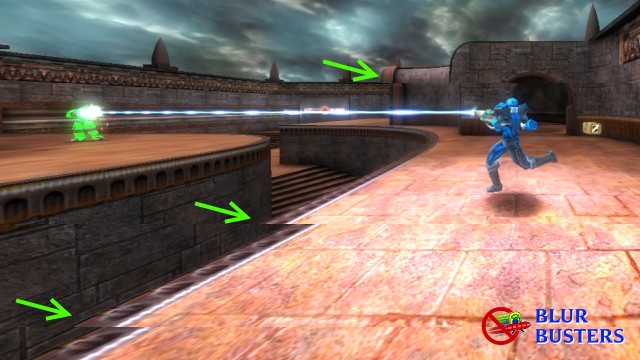 Tearing Visibility: At frame rates above refresh rates, there are more tear lines, but offsets are less visible.

Also, microstuttering become reduced at higher frame rates, since there’s less harmonic frequency effects between frame rate and refresh rate. 61fps at 60Hz will have 1 stutter per second, as will 145fps at 144Hz. Running at frame rates much higher than refresh rate, massively reduces microstutters caused by harmonics between fps and Hz. This is important during unsynchronized frame rates (VSYNC OFF, Fast Sync, low-lag triple-buffered modes, etc.)

Obviously, if you have a variable refresh rate (VRR) monitor (GSYNC or FreeSync), it reduces stutters at any frame rate within your VRR range. This is very good if your game cannot run at high frame rates.

However, if you use “VSYNC OFF” with ultra-high frame rates, visibility of stutters and tearing gradually reduces on average, the higher your frame rate goes above refresh rate.

Yes, there are competitive advantages to frame rates higher than refresh rates!
That said, 240 Hz G-SYNC and Low-Lag VSYNC ON are also good options too.