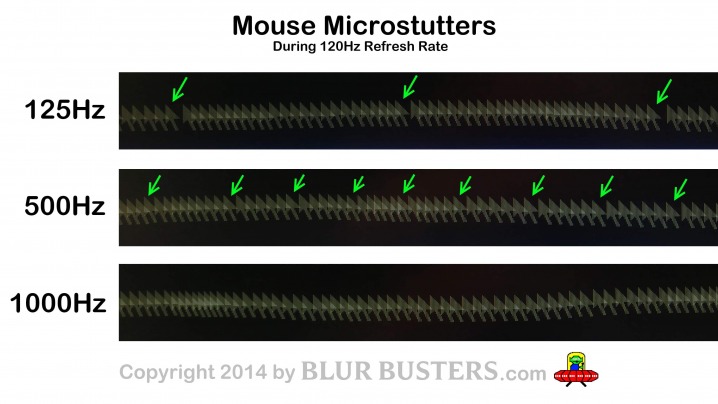 You can see this by enabling motion blur reduction on your 120Hz monitor, and then drag a text window. Fewer microstutters makes text easier to read while dragging.

The gapping effect is caused by the harmonic frequency difference (beat frequency) between frame rate and mouse poll rate. It is clearly visible when no other sources of microstutters exist; e.g. fast GPU, fast CPU, low-latency USB. This mouse microstutter is clearly visible in Source Engine games on newer GPUs at synchronized framerates.

These mouse microstutters become especially visible on low-persistence displays such as strobed monitors or CRTs, during window-dragging. 500Hz vs 1000Hz difference is amplified during LightBoost, ULMB, Turbo240, and BENQ Blur Reduction.