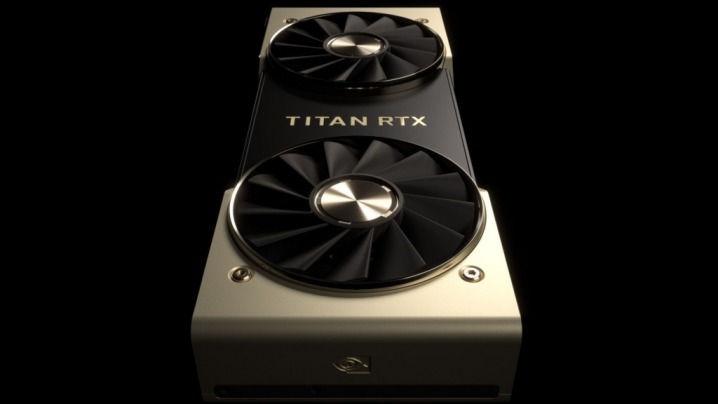 As a high-end gamer, it’s always fun buying the latest and greatest graphics card, if you have the itch to do so — and finished saving up for one!

NVIDIA recently released their Turing cards, with the moniker RTX.

Well, move over, the RTX Titan is here!

It’s more suitable to machine learning research or offline rendering tasks, with similar specs to the professional Quadro RTX 6000 and 8000 cards, but is a fraction of the Quadro 6000’s price at $6,300 USD.

Also important for some is the fact that it only takes two slots, meaning you can double down with two cards to SLI it without wasting your other PCI Express slots. Benefiting from multiple cards in machine learning frameworks such as PyTorch and Tensorflow is also not an out of the box affair, so buyer beware.

In fact, I almost regret purchasing my 2.75-slot Gigabyte RTX 2080 Ti, and wish I had known the RTX Titan would be available so soon, but we’ll see if SLI ever takes off for gaming.

I think SLI makes perfect sense for automatic stereo VR, for example, especially if it can be enabled on any game via a driver setting without any code changes necessary. We’ll see if this rumoured feature ever materializes.

Despite some mixed feedback relating to their cost / performance benefits compared to Pascal, those of us who crave the latest eye candy are drooling over Turing and RTX, due to the benefits of ray tracing easily visible in supporting games like Battlefield.

In addition to that, its machine-learning based anti-aliasing, DLSS, brings significant performance and visual quality improvements over Pascal, around 40-60 % on top of the base performance gains, depending on the game of course.

This GPU also supports G-SYNC, in addition to other Supported NVIDIA GPUs for G-SYNC. And this is a perfect GPU to drive a 4K 144 Hz G-SYNC HDR monitor as well!

There are surely going to be games which can use more than the 11GB of VRAM that the RTX 2080 Tis can muster, via high-res graphics packs, especially useful for higher res VR headsets and large open world games, but that is rather niche. Let’s let games take full advantage of 11GB on the 2080 Tis first.

But if you want the best of the best, in a two-slot card, RTX Titan makes a lot more sense than Quadro, considering it’s less than half the price of the Quadro 6000 and offers the same amount of VRAM and CUDA cores.