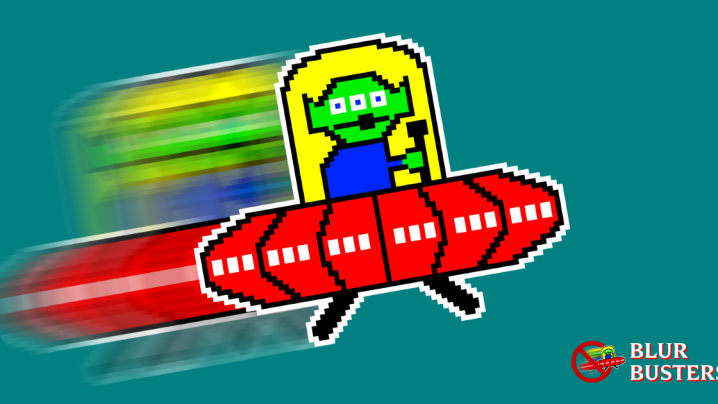 December 20, 2012 — BlurBusters.com is proud to announce the upcoming BlurBusters.com Motion Test web site as modernized substitute for the wonderful free PixPerAn motion test software from PRAD.  The software has now been launched — www.testufo.com — 100% web based!

The Blur Busters Motion Test is a 21st century motion blur testing web site designed for everyday computer users (and bloggers/reviewers) who want to benchmark displays against each other.  This brand new motion test software is designed for any displays that can connect to a computer.  LCD with and without strobe backlights, scanning backlights, plasma displays, CRT displays, 4K displays, laptops, HDTV’s, OLED prototype monitors, Retina displays, with any refresh rate supported including native 120Hz and 240Hz, and is future-proof.  Works on both PC and Mac.

Where pixel trails were approximately 10 pixels long on fast-moving images at 960 pixels per second, the pixel blur trail is now only approximately 1 pixel.  This is imperceptible in most use because human eyes have difficulty tracking that fast at close computer monitor viewing distances.