Coming soon: How to build your own Arduino-powered input lag meter using a photodiode! No soldering needed. Cable latency accuracy of +/- 1 microsecond and input lag accuracy of +/- 0.1 millisecond (once zero-calibrated with a CRT display first on the same system). 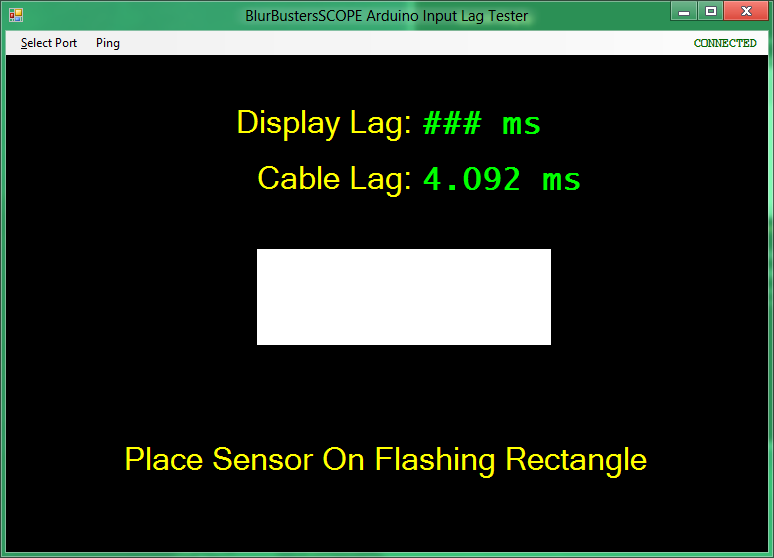 Even the operating system latencies (e.g. Windows compositing, double buffering) does not appear to matter, provided you zero-calibrate with a CRT first, keep using the same graphics driver, and the window is always centered. The relative input lag latencies stay accurate to +/- 0.1 millisecond. You simply place the photodiode on the screen, and the software detects when the photodiode is pressed against the screen.

EDIT: New version of Blur Busters Lag Tester no longer requires CRT for zero calibration!
EDIT2: Cable lag now reduced to less than 1 millisecond, via a Teensy 3.0!
EDIT3: New version now has three flashing squares, similar to a Leo Bodnar unit. However, the big advantage is that the Blur Buster Input Lag Tester will work on anything a computer can output, including 4K, 120Hz, 85Hz, 2560x1440p, even laptop LCD’s.