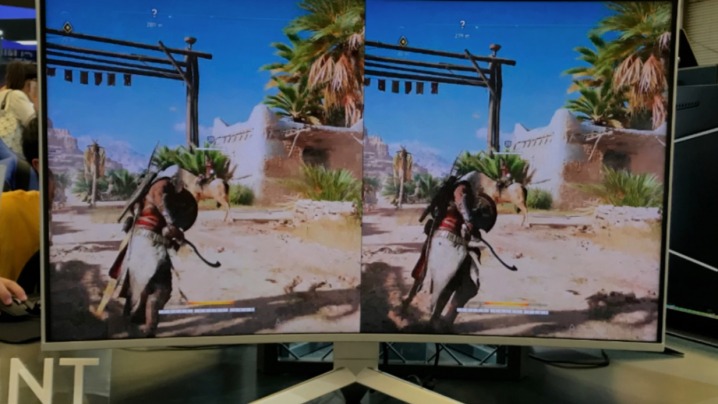 China Star Optoelectronics Technology (CSOT), also known as Huaxing Optoelectroncs has shown off some of the TCL 240Hz refresh rate monitors at the International Display Expo in Shanghai.

The news first surfaced through Gizmo China, where they discuss a 32-inch curved gaming monitor and a 10.8-inch LCD display. TCL’s 32-inch screen has a 240Hz refresh rate and supports both FreeSync and GSYNC. It has a R1500 curvature and meets the requirements for VESA’s HDR 1400.

The 10.8-inch display is also a 240Hz refresh rate, and measures in with 2560×1600 resolution with a 2ms touch response speed. Both of these devices come off the back of TCL developing a new display technology that will be capable of dynamic frame rate switching.

So far this only appears to apply to mobiles as it features some standard parts across the board. But it will be interesting to see if and when this technology starts appearing in monitors. Both monitors mentioned above are expected to be appearing later this year without any confirmed price point as of yet.