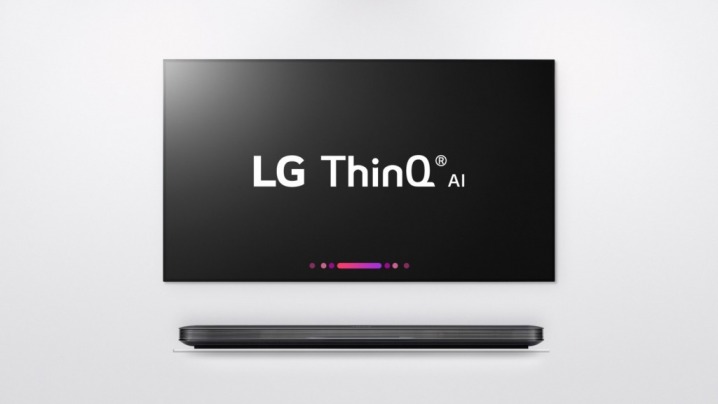 LG announced a new processor for their HDTVs, called the α9 processor, capable of playing back HFR and HDR video files at 120fps without interpolation.

The big new interesting thing is that this TV can also do it without traditional interpolation: The ability to play back video natively encoded 120 frames per second.

High Frame Rate (HFR) capability: All of the new LG OLED sets will be able to play back high frame rate (up to 120 frames per second) video, which is smoother, particularly during motion, than standard 60fps video. Again that sounds pretty cool, but there are caveats. No HFR content is available today, although LG says some will be available via streaming later this year. Movies that use higher frame rates, for example The Hobbit by Peter Jackson and Billy Lynn’s Long Halftime Walk are controversial, and many viewers don’t like the effect. With action video and gaming content, however, it might be more widely accepted. If you really must have the absolute cutting-edge display, then HFR might be worth waiting for, but most users can skip it with no remorse.

That said, initially HDMI 2.1 will not yet be included, so currently, only HFR video files and HFR video streams directly to the TV, will be the only way to play back native 120 frames per second content. This will be coming in the future.