These displays also have NVIDIA SHIELD built in. Apps can be installed directly into this TV including 4K streaming including Netflix, YouTube, Amazon Prime, HBO, Hulu and others with full 4K HDR capability.

Built into the TV is also GeForce NOW and GameStream, so video from your main computer can show up on this TV wirelessly over WiFi without a cable. This can reduce the need to move your existing expensive gaming rig into the TV room or run a 5 zillon foot HDMI cable run.

This TV can also play all movie framerates at their original frame rates (24fps, 48fps, 120fps, 23.976fps, 60fps, 59.94fps, etc.) and switch seamlessly between frame rates. We already knew G-SYNC monitors could long do this on PC monitors using certain VRR-compatible video players such as SMPlayer, but this is a fantastic use for a large-screen display as well.

Putting the BF in BFGD, the displays come in large HDTV-sized formats including a 65 inch format. This is gargantuan by gaming display standards, yet also has as low lag as a modern high-Hz gaming monitor. 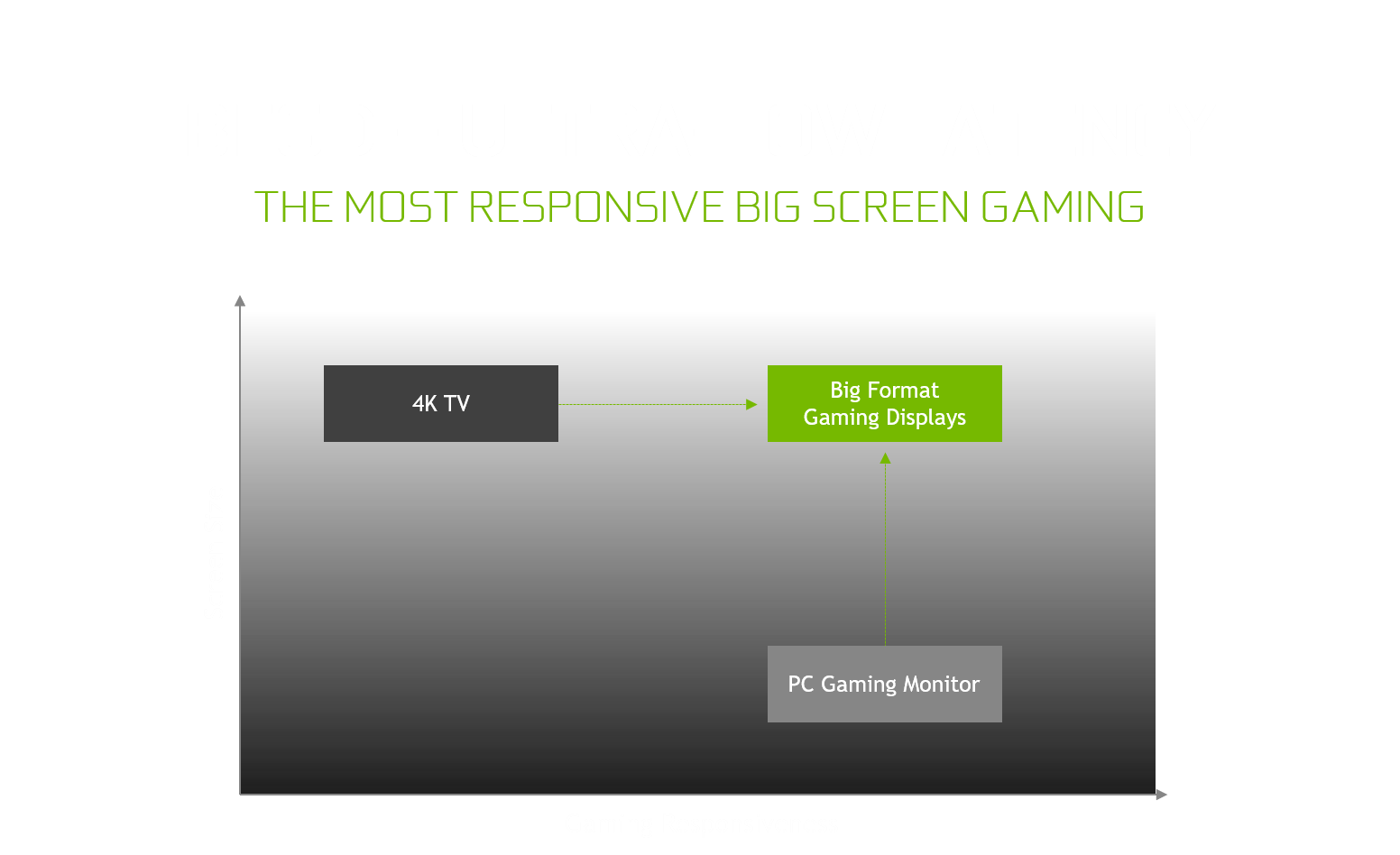 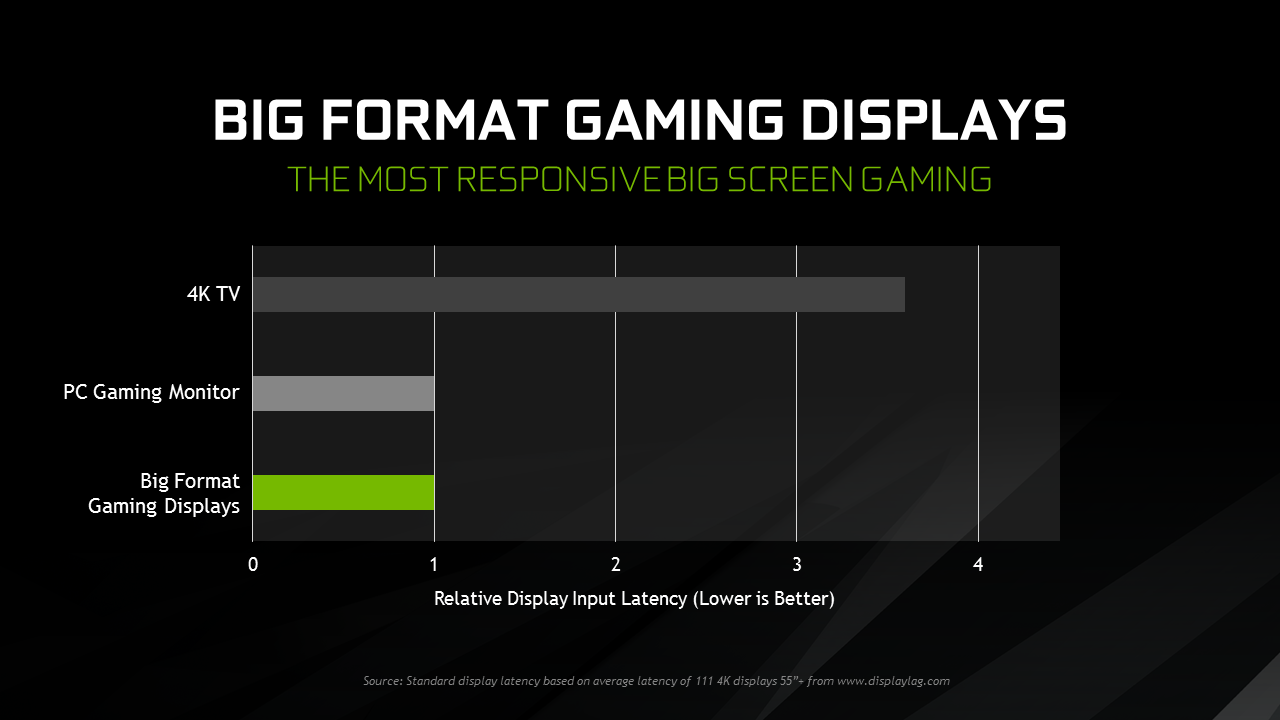 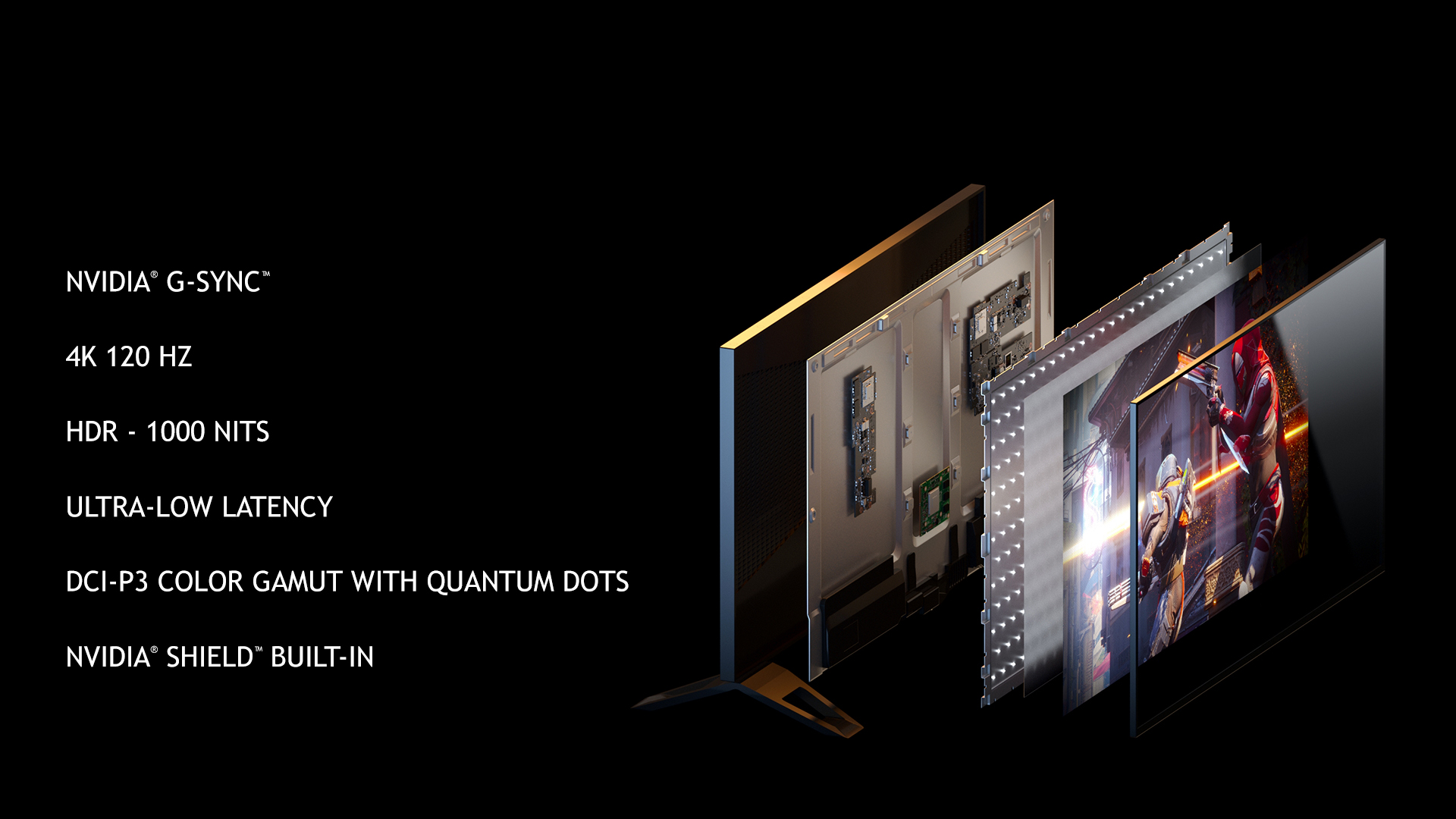 Also, since these displays use a Full-Array Local-Dimming (FALD) backlight, this also potentially makes them capable of having a ULMB scanning backlight for a low-persistence motion blur reduction mode.

Blur Busters is currently at CES 2018 and will approach NVIDIA to inquire for more information about this.