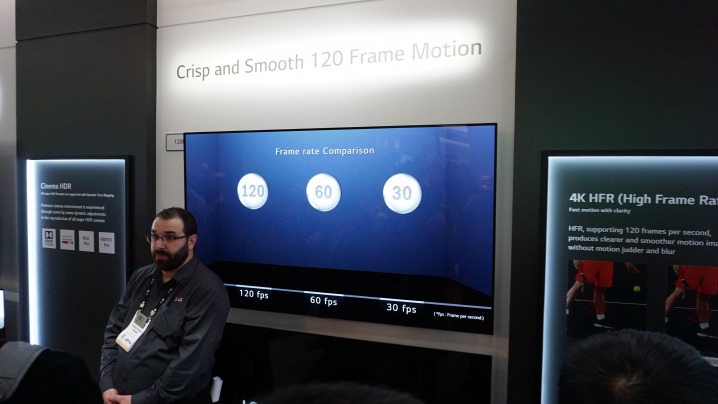 Visiting CES 2018, we had the opportunity to look at LG’s new OLEDs capable of playing back 120fps 4K HFR video, mentioned earlier this month.

While these OLEDs do not yet have direct 120Hz from external sources, they are capable of playing 4K 120fps HFR streams. I can confirm that these are genuine HFR videos, rather than interpolation — spinning helicoptor blade demo looked correctly 120fps. 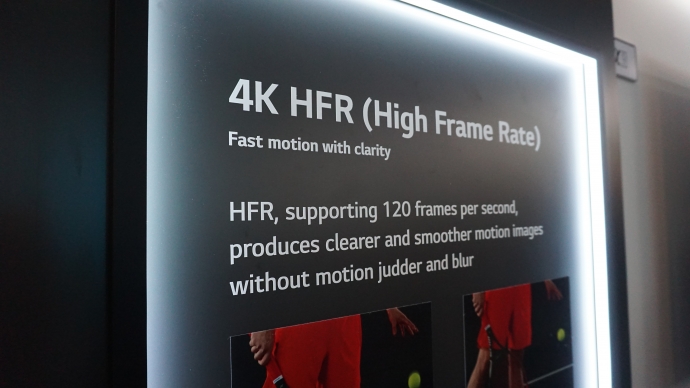 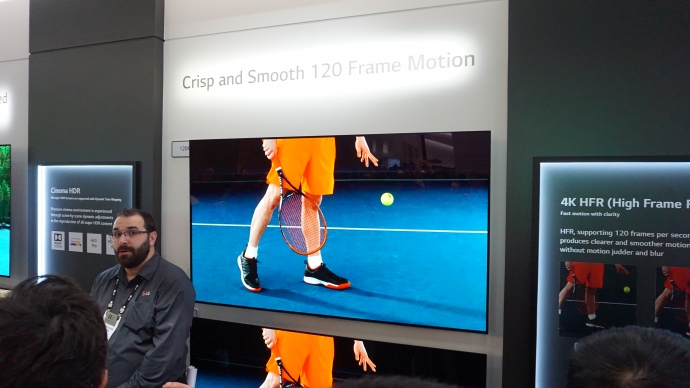 My camera has a method of detecting BFI (Black Frame Insertion), and I was able to confirm that this particular TV did not have BFI enabled.

I approached LG and inquired about the state of LG’s engineering a black frame insertion mode.  I introduced myself as Blur Busters, and mentioned that many former CRT and plasma users would like even better motion clarity than 120Hz alone would provide.

LG mentioned they indeed are working on black frame insertion technologies, that said, it is not currently (at this time) combined simultaneously with 120Hz.  The bonus benefit of 120Hz is that it greatly reduces the flicker of BFI compared to simple 60Hz BFI. 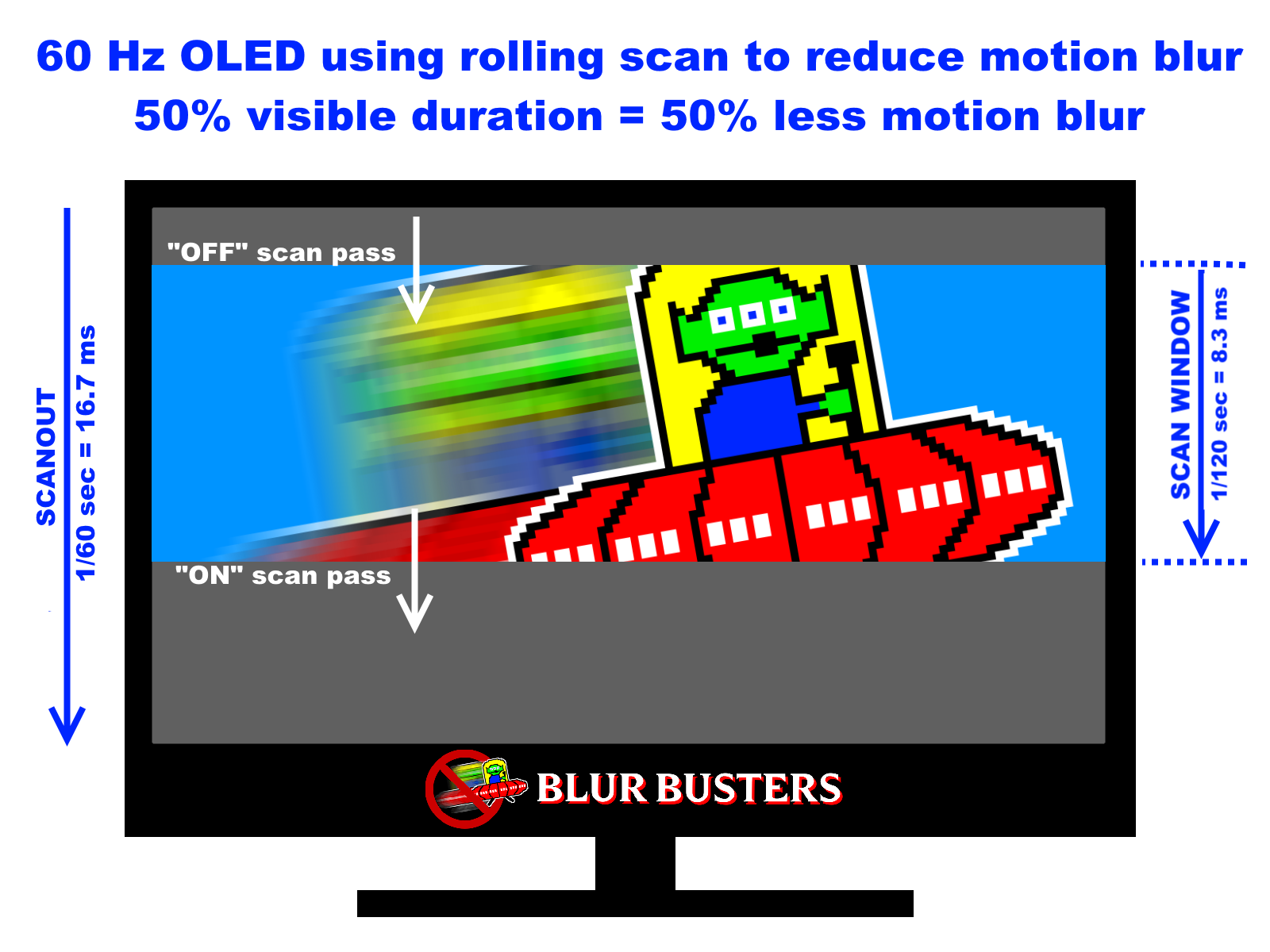 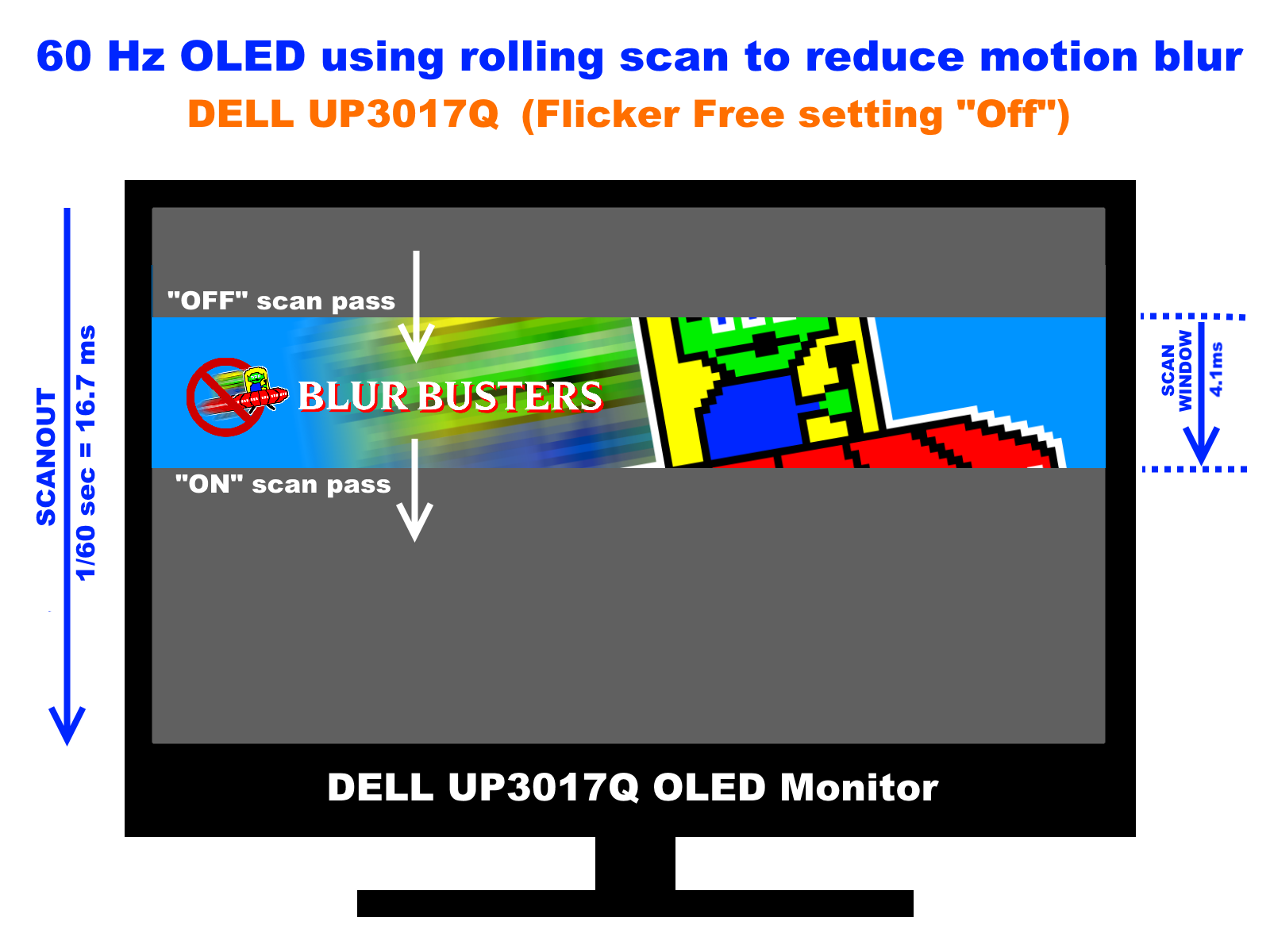 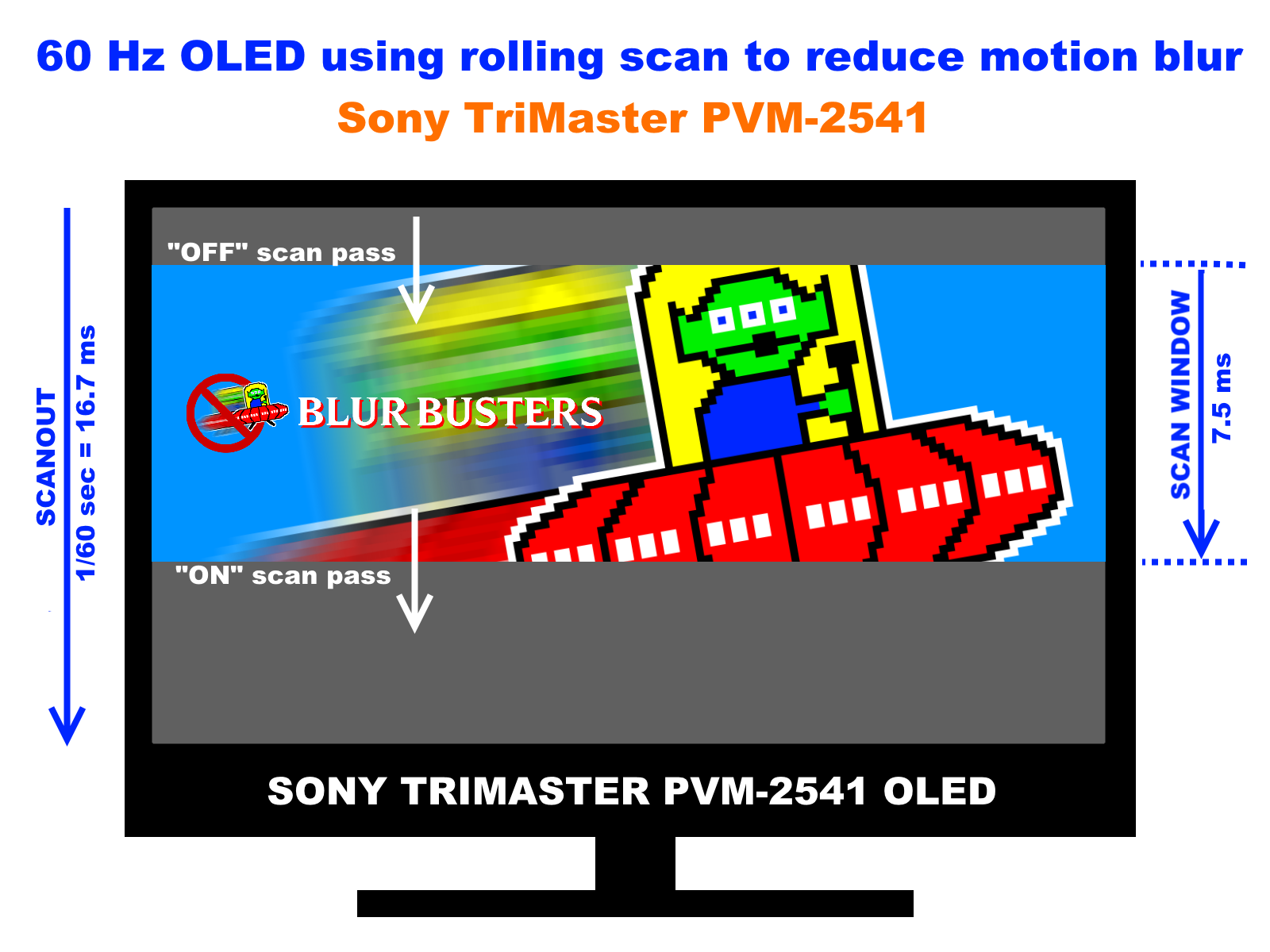 From LG, we received a contact where we can forward information to LG about improved motion blur reduction.

Today, 120Hz OLEDs are a great improvement over 60Hz OLEDs, However, this is only a lowering of 16.7ms persistence (1/60sec MPRT) to 8.3ms persistence (1/120sec MPRT). This only halves the motion blur of 60Hz sample-and-hold. To achieve full plasma and CRT equivalence, will require 1ms to 2ms MPRT persistence.

A good primer of display motion blur can be found at Blur Busters Law: The Amazing Journey To Future 1000Hz Displays.