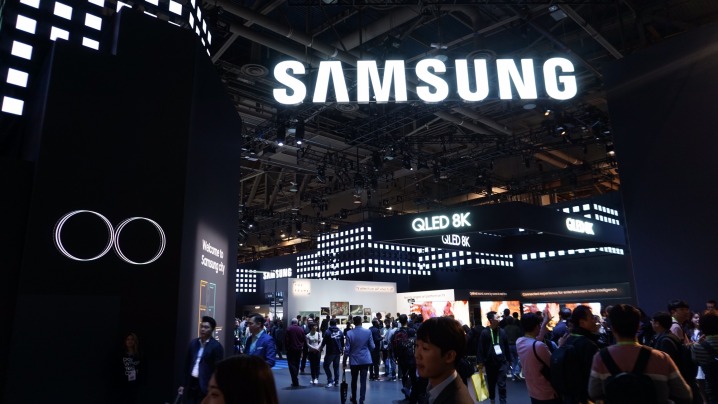 At CES 2019, Samsung has quite a substantially large booth, mainly showing off their many high-end television sets including 120Hz-capable 4K televisions. 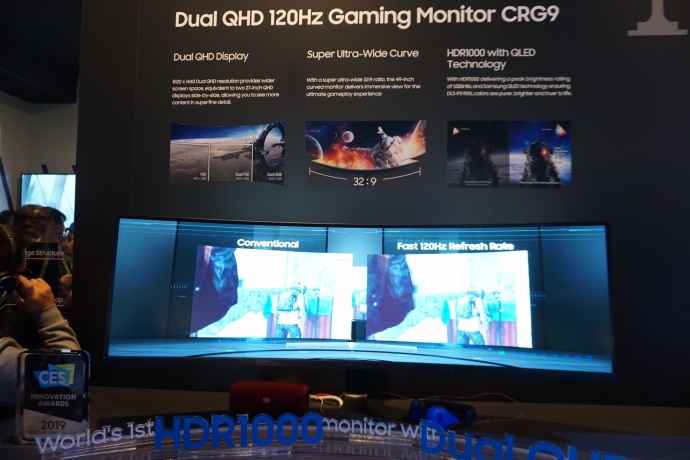 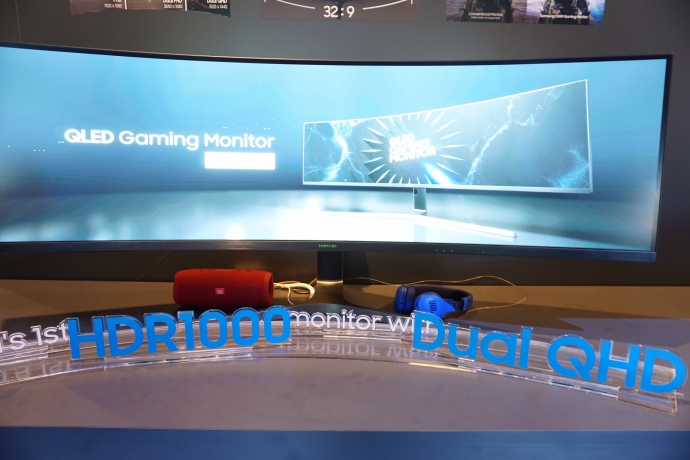 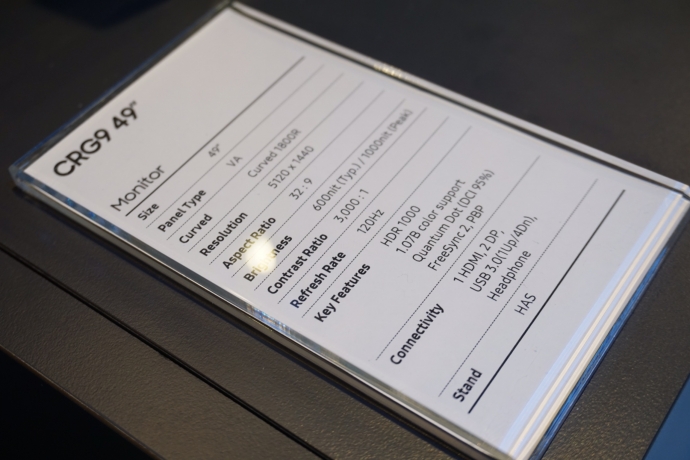 The specifications of this huge Samsung CRG9 gaming display:

And… The Wall: Biggest Non-Projector 120Hz Display At 120Hz?

In addition, while browsing Samsung’s booth, I took a look at The Wall, a massive MicroLED display being shown at CES 2019.

It appeared to be showing off better-than-4K resolution at a 120Hz refresh rate. I witnessed some clips from a Forza-style racing game, which appeared have played much more smoothly than 60 frames per second.

Even though the refresh rate was not listed, I immediately recognized it as the motion fluidity of 120Hz. This makes it one of the largest 120Hz displays Blur Busters has ever seen! 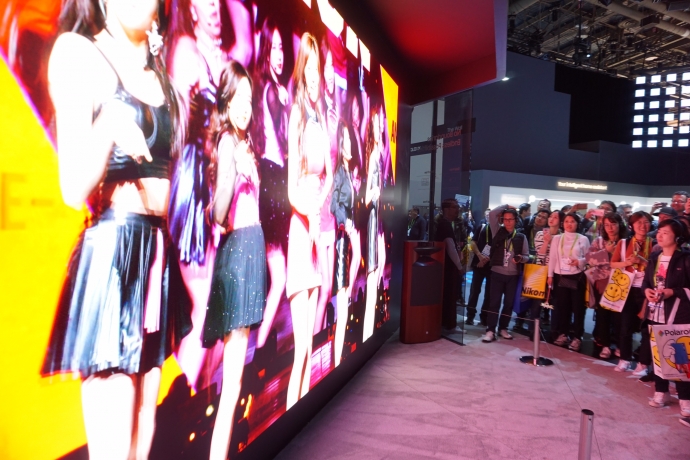