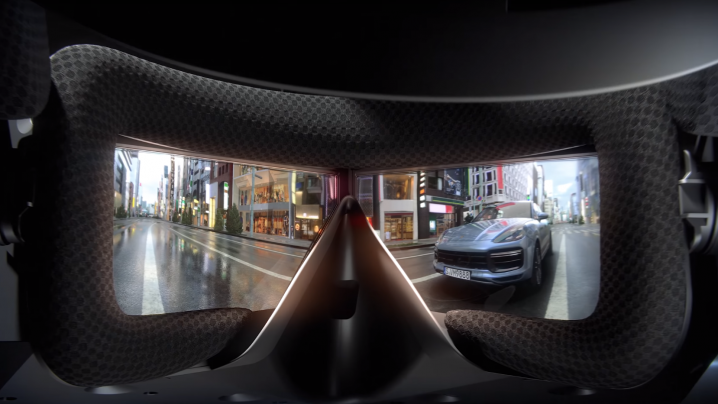 Some exciting VR news coming out of Siggraph this year!

StarVR announced a very impressive new head-mounted display (HMD) named StarVR One, a nod to the film and novel Ready Player One, presumably.

The specs are far superior to first-gen headsets like the Oculus Rift and Vive:

Some comments: I’ve used the StarVR commercial model in a game production setting, and the PhaseSpace tracking was a royal pain to set up. One of the most vexing experiences in my life, actually. I had to use a pin to poke around inside the HMD to get the headset’s LEDs to sync with the server. Yes, it needed a Linux server just for tracking, and a bunch of expensive power-over-ethernet (POE) cameras.

I’m glad they decided to use SteamVR 2.0 because honestly PhaseSpace is not consumer-friendly, at all. I would have preferred a fully-wireless HMD with inside-out tracking, but this headset ticks off nearly all the boxes so I can’t complain too much. This represents massive progress, especially the eye tracking which opens up foveated rendering and all kinds of fun gameplay possibilities too.

When I first tried a 210-degree field-of-view HMD, it was like stepping into another world and gave me goosebumps immediately. Quite superior to the effect offered by the Rift and Vive and adds to the immersion factor considerably. To avoid motion sickness some serious horizontal FOV narrowing or other smarter algorithms will be needed, for games in which the camera accelerates on its own (including rotation).

I hope a third party (TPCast?) comes out with a viable fully wireless solution that works for any headset, because to me, room-scale VR without it makes me feel like I’m on a leash and defeats the purpose of being able to move around freely. It can be dangerous, even. Another issue is the fact that it’s got two video connectors, which is unnecessary with HDMI 2.0 or DP 1.2 – 1.4 for this level of pixel clock (18gbps). This is presumably to keep costs down or potentially for easier SLI compatibility. Unfortunately this means sacrificing one extra port on your graphics card and possibly using DP -> HDMI adapters, which could limit the number of monitors you can plug in to your machine.