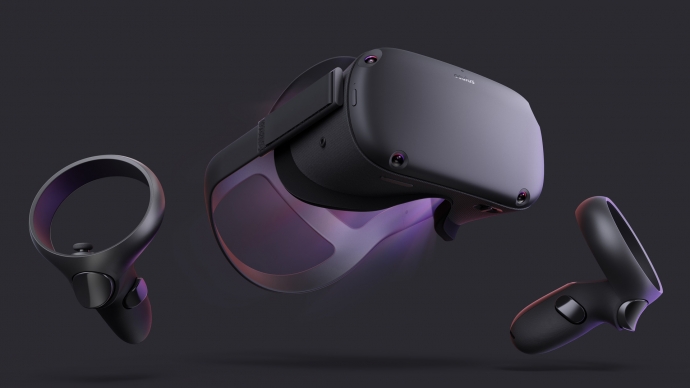 A brand-new firmware update for Oculus Rift S recently come out and adds with it, a few interesting updates. The 9.0 firmware gives users the Rift S Passthrough+, a feature that allows users to see their surroundings in black and white while the headset is on.

When you reach the border of your playable area, you’ll also see the wireframe outline. This makes it easier to see what’s surrounding you when you get too close to the edges.

The Oculus Quest will also receive a “Lights Out” mode which will let users use the headset in the dark, meaning VR movies in bed can now be a thing! The Quest is also getting over 50 new apps added to its portfolio too.

Microsoft’s foray into the world of virtual reality could be coming soon and with its next console, Project Scarlett coming soon. The patents that have appeared online according to WindowsCentral, say that there could be a stylus, boundary mat and motion controller all in the works. The stylus looks particularly interesting and could allow gamers to use the pen in the air, to focus on and make adjustments for drawing-type games.

TechCrunch first broke the news announcing the acquisition, and although this doesn’t necessarily mean that Apple will start breaking into the realms immediately, but could signify plans for the future.