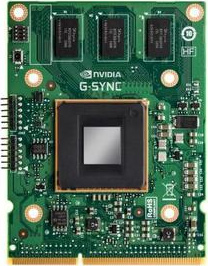 When Andy of nVidia was asked whether LightBoost could be combined with G-GSYNC, AndyBNV of nVidia confirmed on NeoGaf:

“We have a superior, low-persistence mode that should outperform that unofficial [LightBoost] implementation, and importantly, it will be available on every G-SYNC monitor. Details will be available at a later date.”.

This scientifically confirms strobing is used, because of law of physics related to display persistence, there is no other way to do LightBoost-matching low-persistence modes without ultrahigh refresh rates (e.g. [email protected]) or frame interpolation (e.g. 200fps->1000fps). Since both are unlikely with nVidia G-SYNC, this officially confirms backlight strobing. In addition, John Carmack confirmed on twitter a better backlight strobe driver is included:

John Carmack (@ID_AA_Carmack) tweeted:
“@GuerillaDawg the didn’t talk about it, but this includes an improved lightboost driver, but it is currently a choice — gsync or flashed.”

Both statements by Andy and John, are confirmations that official backlight strobing (LightBoost) is part of G-SYNC, a 2D motion blur elimination, finally officially sanctioned by nVidia. The question becomes: Can both be combined into adaptive-rate backlight strobing without visible flicker?