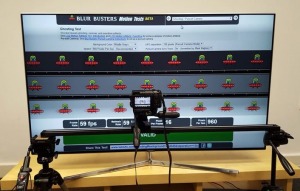 Written by Mark D. Rejhon. Updated 2017.
Pursuit camera are used by display manufacturers for display testing (e.g. MotionMaster, and other MPRT pursuit cameras). This is a camera that follows on-screen motion. These cameras are extremely accurate at measuring motion blur & other artifacts, including ghosting and overdrive artifacts.

Blur Busters has invented an inexpensive method of photographing display motion blur accurately with an off-the-shelf camera on a sliding rail:
There is a peer reviewed conference paper (ResearchGate) that I co-authored with Nokia and NIST.gov researchers, on this technique! The paper confirms that testing technique successfully inexpensively achives accuracy previously only accessible by high-priced setups! Several review websites including RTings, TFT Central, HDTVtest.co.uk, LinusTechTips, and others have started using this technique which you can easily build and do yourself for free using your existing point-and-shoot camera.

The Blur Busters Motion Tests (www.testufo.com) is a 100% web based motion test that run in new HTML5 browsers with perfect VSYNC support.

You will observe the Pursuit Camera Sync Track looks like a horizontal ladder if your eyes are tracking the moving object.  The Sync Track becomes “broken” when you are not tracking your eyes on the moving objects.   This also happens when taking camera exposures.   To set up an inexpensive pursuit camera involves the following: 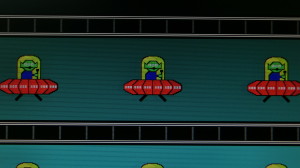 Camera Tracking Accuracy: Verification of Horizontal Accuracy
If your pursuit camera photograph is not successful, then it is easy to identify the flaws. As a general rule of thumb, motion flaws are visually identifiable as follows: 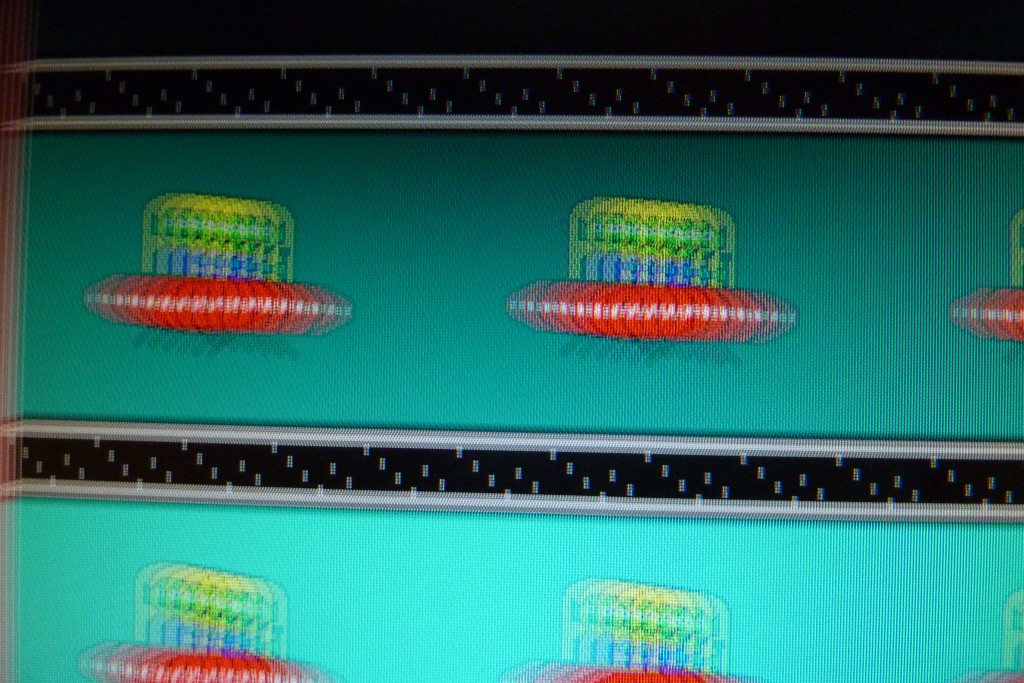 Broken vertical lines: camera was not moving near near correct speed 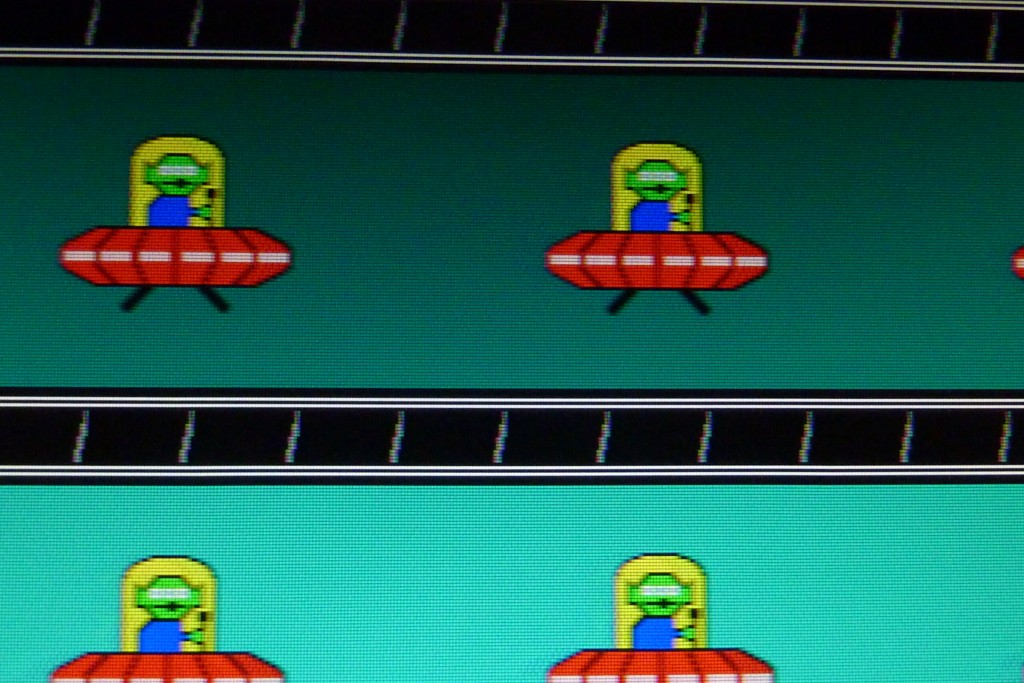 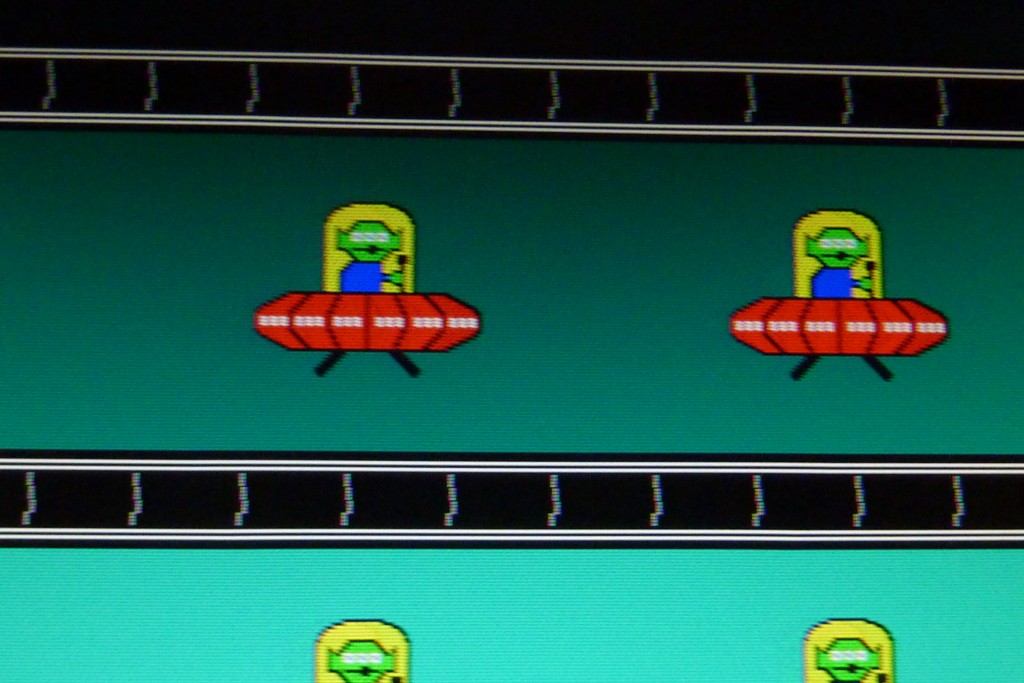 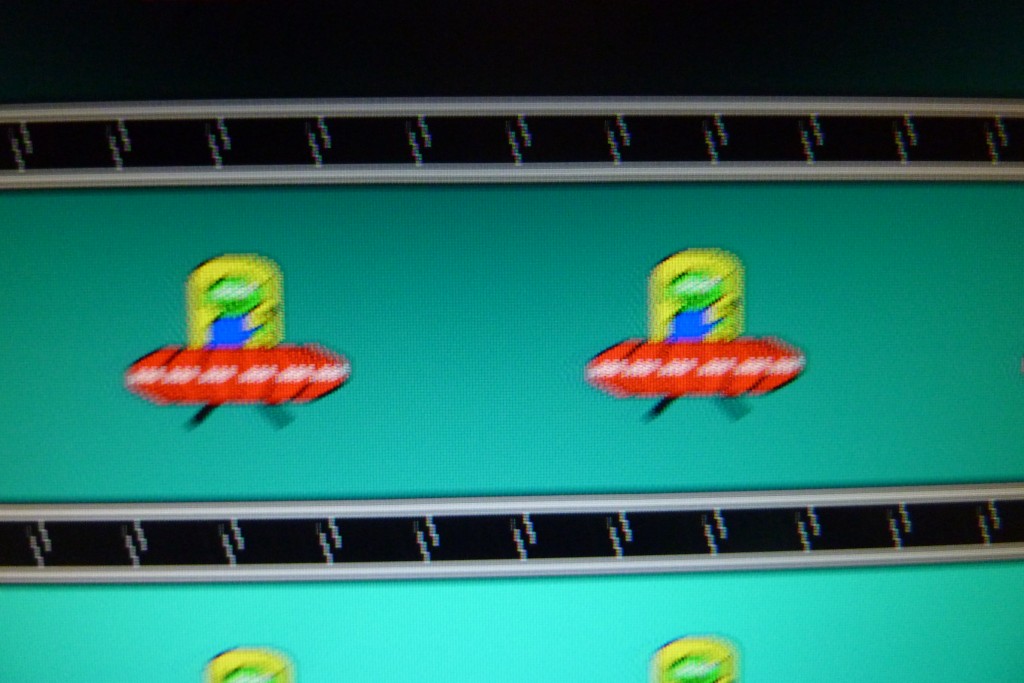 Vertical lines slants backwards (\): camera moved too slow horizontally
This one is a 1/20sec exposure, that actually overlapped 7 refreshes of 120Hz
(e.g. 1/4ths of first refresh, then 5 full refreshes, then 3/4ths of final refresh) 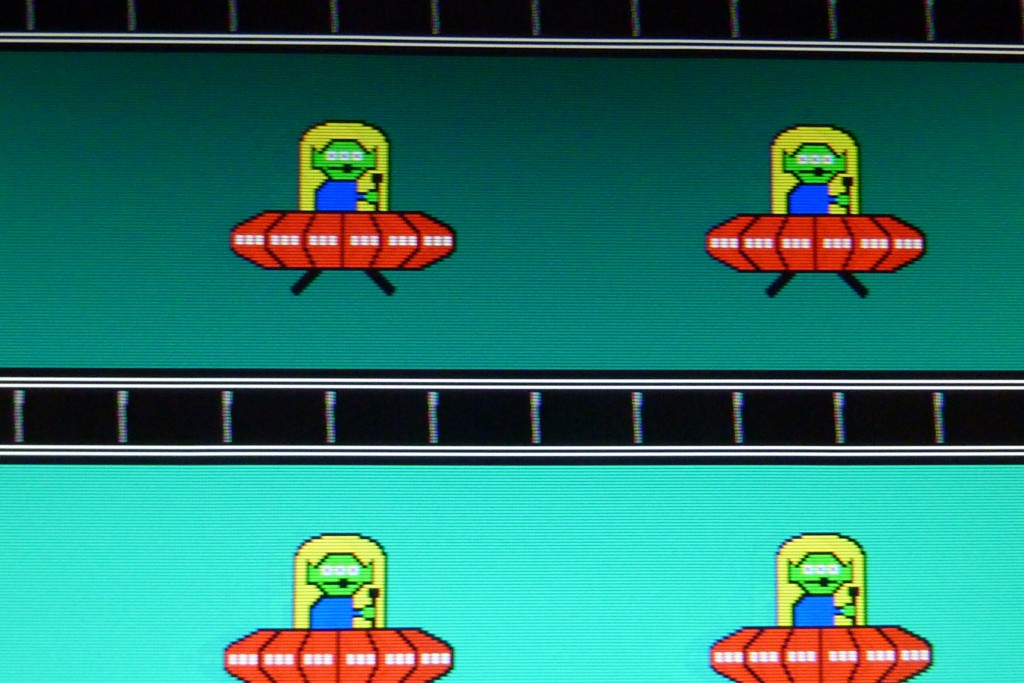 Segments of lines is brighter: This specific exposure captured 5 refreshes.
This photograph is valid. 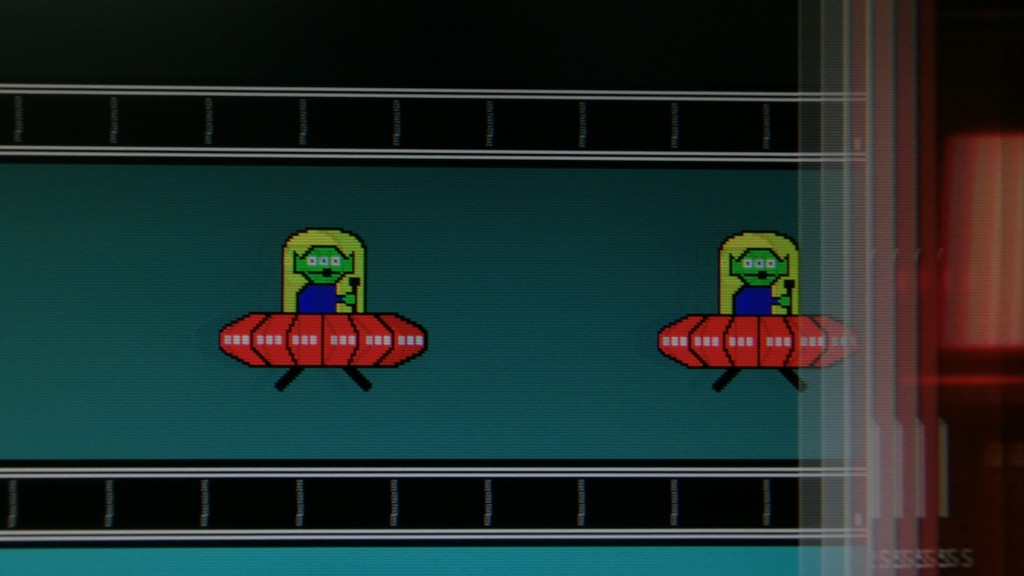 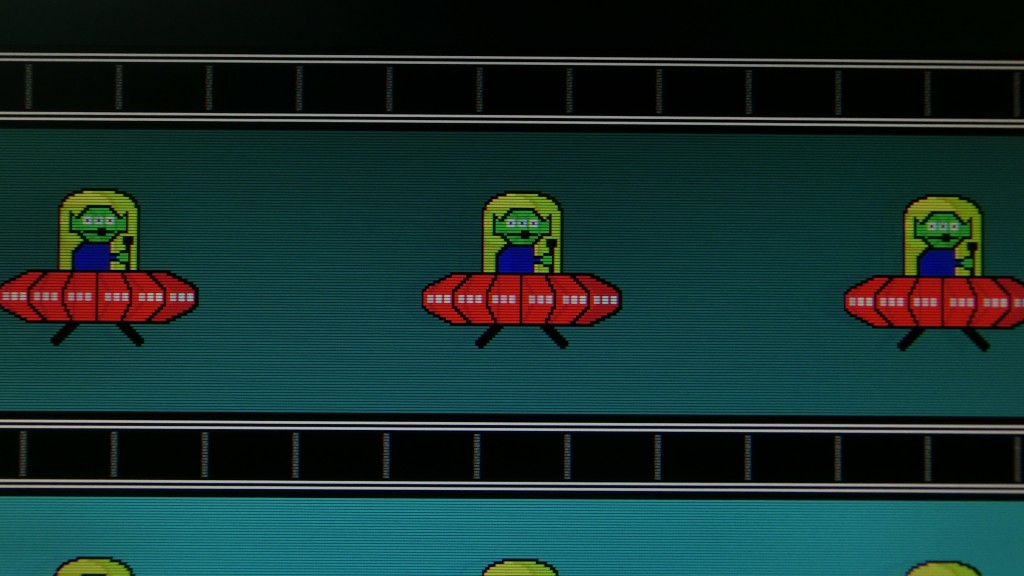 Excellent Pursuit Camera Capture: Sync Track is extremely clear.
An amazing 1/10th pixel error margin, with a 1/30 second exposure.
(Yes, this is a hand-driven pursuit camera, sliding sideways at ~0.25 meters/second!)
This is also a LightBoost monitor, with the LightBoost setting configured to 10%. 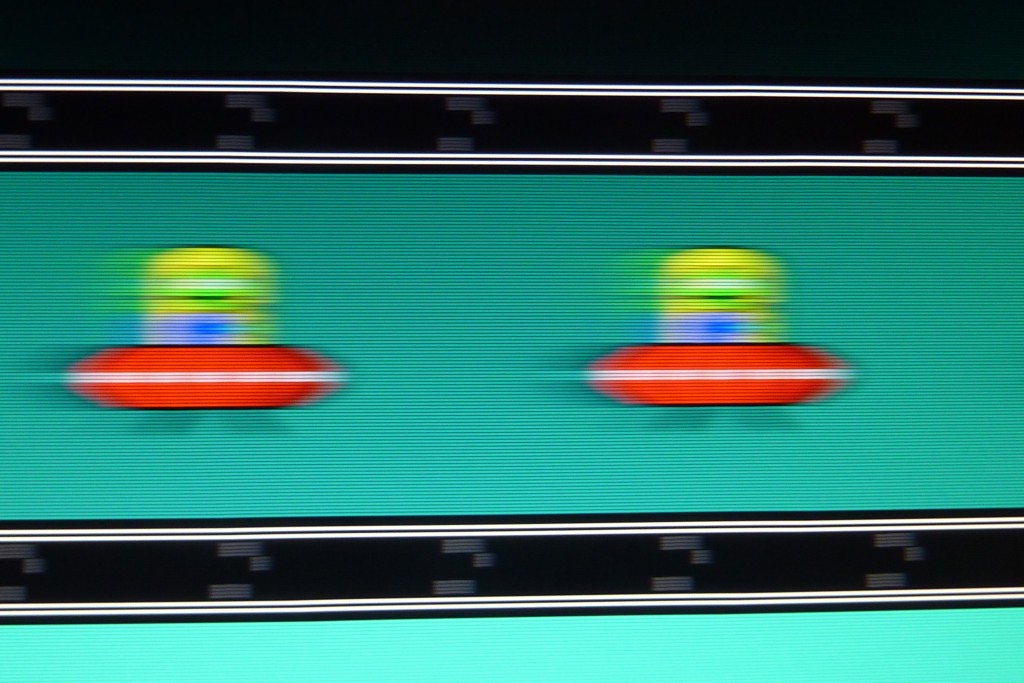 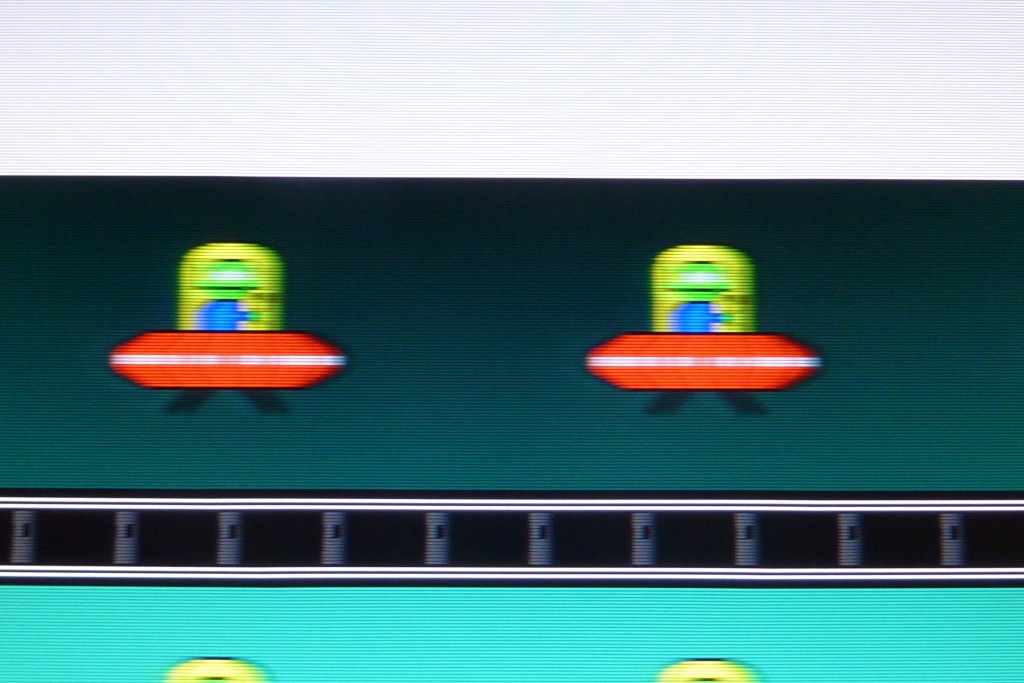 Missing portions in lines: exposure was slightly less than 4x refresh
This photograph is valid. That said, due to slight sub-pixel-size misalignments within vertical lines, there is approximately one-third pixel error in camera tracking accuracy. 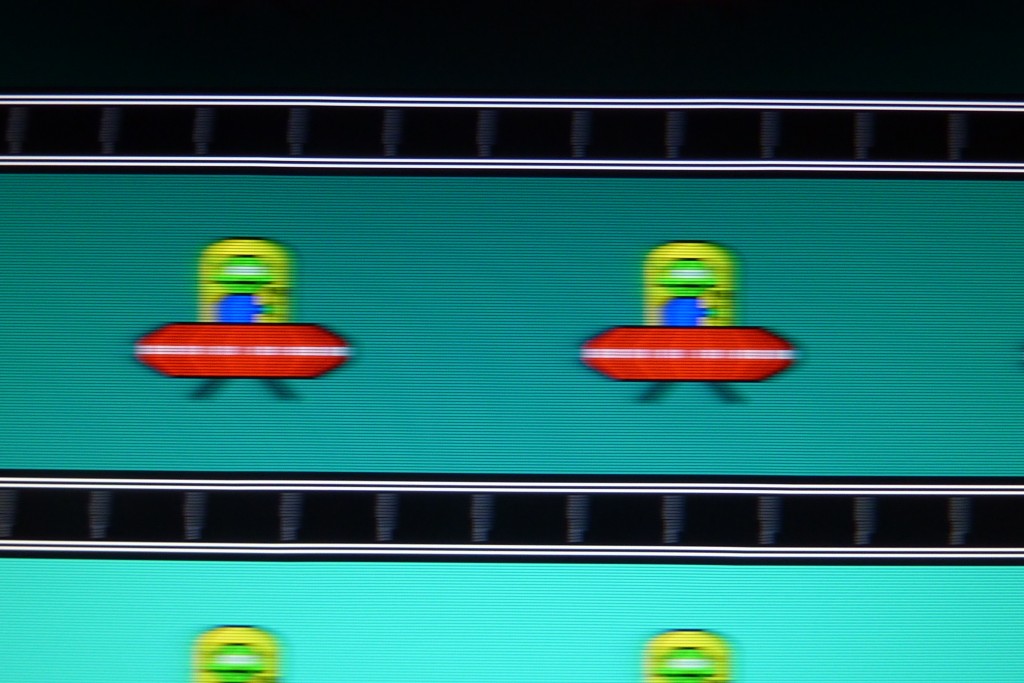 Minor Alignment Errors: slight inaccuracies in camera tracking.
This photograph is still useful. Approximately one pixel error in camera tracking accuracy, due to misalignments within the vertical lines (bars).

To achieve very accurate sub-pixel motion blur capture, with mere tens of microns tracking error margin, this diagram is provided to simplify understanding how to interpret misalignments in the temporal tick marks: 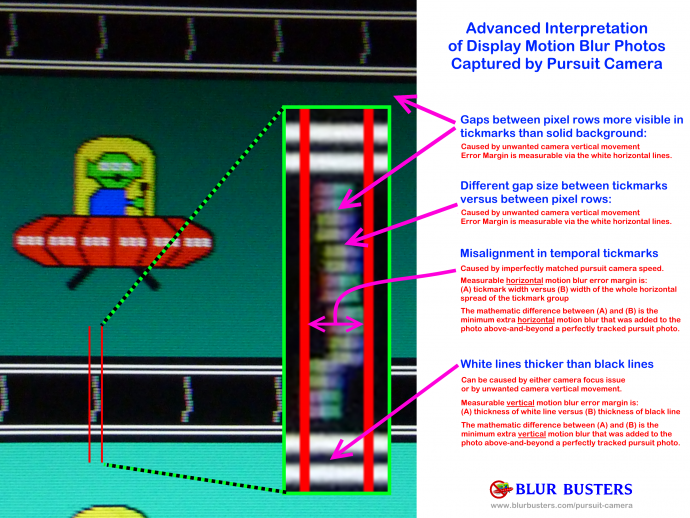 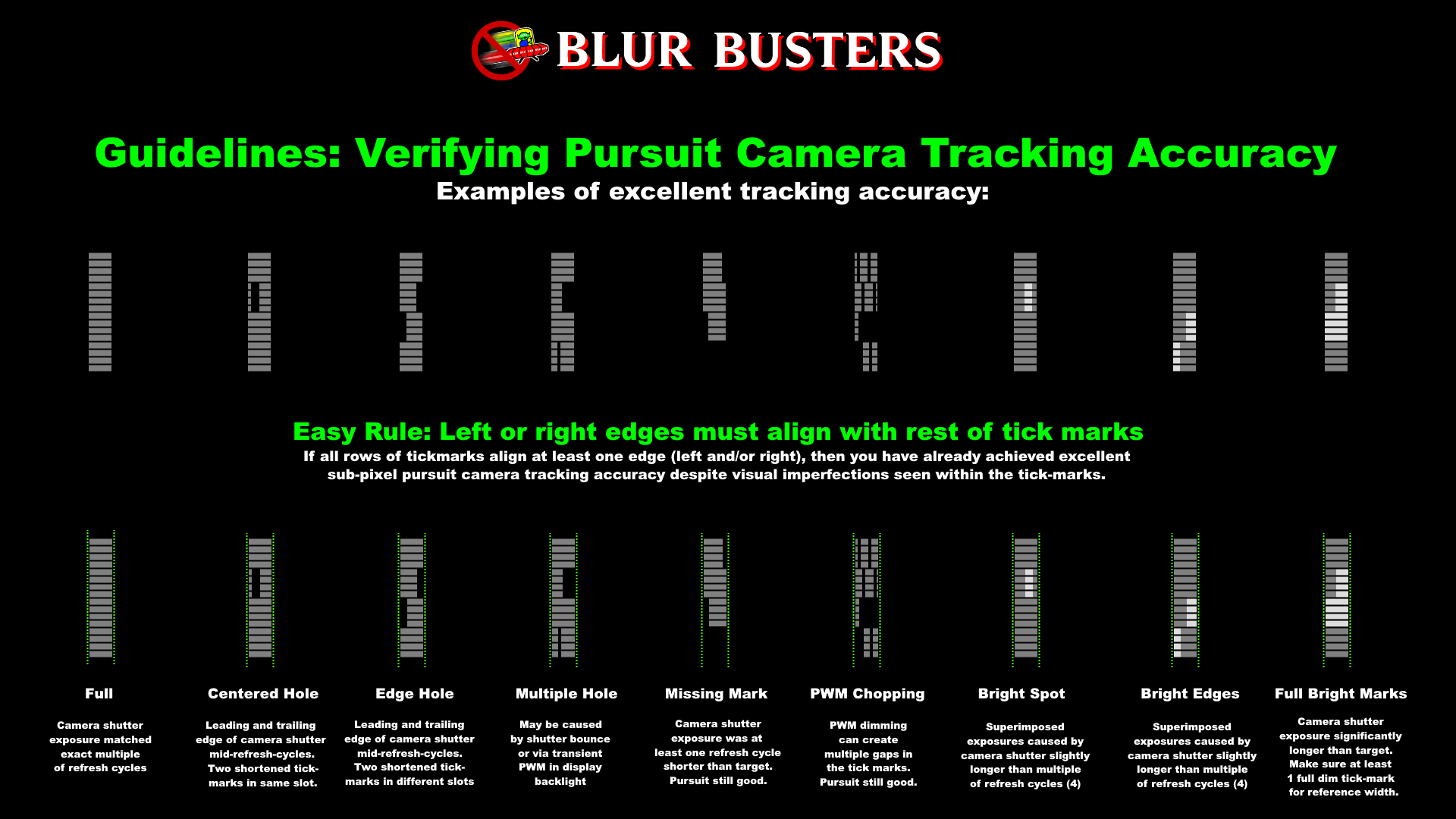 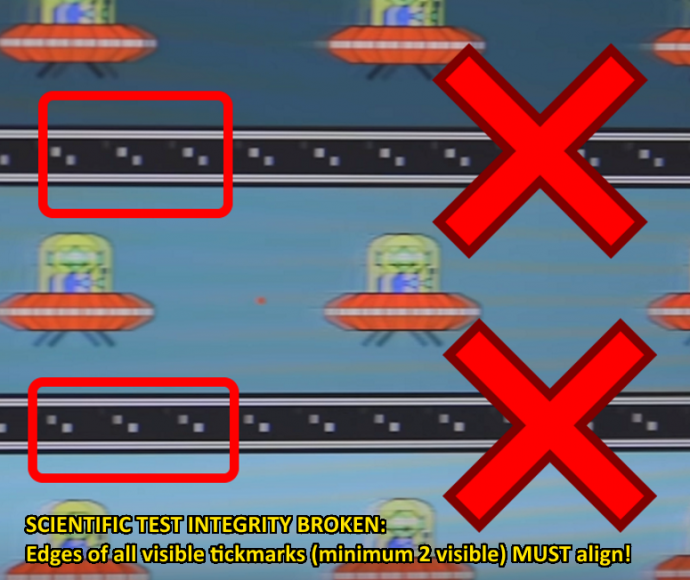 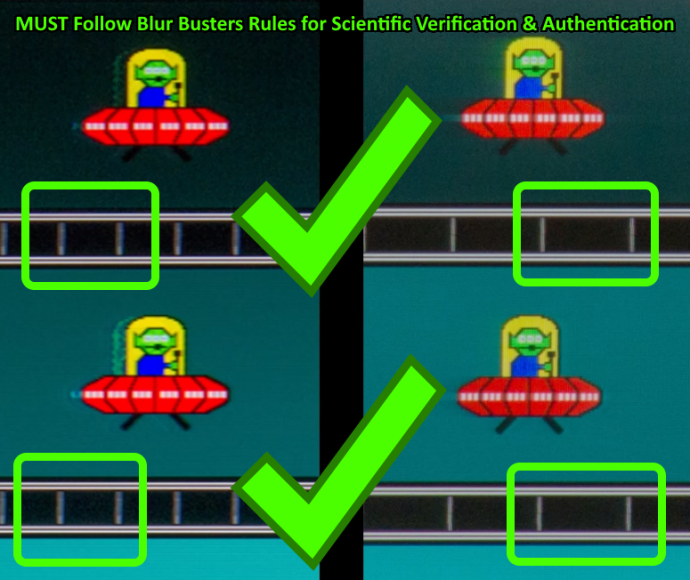 Blur Busters invented this low-budget pursuit camera technique, seen on this page, that allows you to utilize off-the-shelf cameras and camera rails. It is now a peer reviewed conference paper, co-authored by Mark Rejhon, and tested by Nokia and NIST.gov researchers! For more information, contact mark[at]blurbusters.com.

This pursuit camera invention is free for anyone to use, as long as credit is given to Blur Busters.