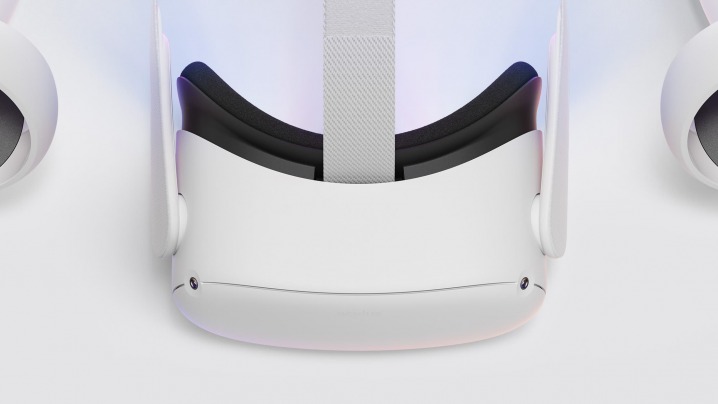 Everyone in the virtual reality market knows the value that the Oculus Quest 2 brings, and recently Blur Busters spoke about 120Hz coming to the device “soon” via a simple firmware upgrade!

An article on UploadVR has confirmed now that not only with the experimental 120Hz support is coming, but it could be as soon as March.

The image, as seen below, suggests that the 120Hz support will be experimental, so users will need to opt into it as opposed to it being a standard on the device. Great news for all involved!

Not only is 120Hz on the horizon, but another report on UploadVR seems to think that the Oculus Quest Pro is on the way too. Even though the Quest 2 is just a few months old, Facebook may be thinking of the successor already.

It comes from an AMA (ask me anything) on Instagram where Andrew Bosworth, Vice President of Augmented and Virtual Reality hinted at a Quest Pro.

One user asked about a more expensive headset with enhanced specs to which Bosworth replied, “Quest Pro, huh”, and winked toward the camera. This doesn’t signify confirmation of a next device though, but Bosworth also touched on the topic of eye-tracking and it fitting into the future of the brand.

The easy 30-second in-VR RoomScale setup wizard easy enough for a novice COVID-locked-down nursing home resident to set up by themselves as easily as an iPad. Actual 70-year-old residents have set up VR unattended, despite barely knowing how to set up an iPad. About 50% of sales of Quest 2 is to non-gamers wanting to meet family virtually in the same room (such as via the “Alcolve” app), and/or virtual vacations.

Consequently, it is no wonder that despite Facebook, the Oculus Quest 2 has become the world’s first mainstream VR headset, selling almost as quickly as Nintendo Wii’s. Virtual vacations in your own personal Star Trek Holdeck is very tempting, when it becomes “iPad easy” with no computer mandatorily required.