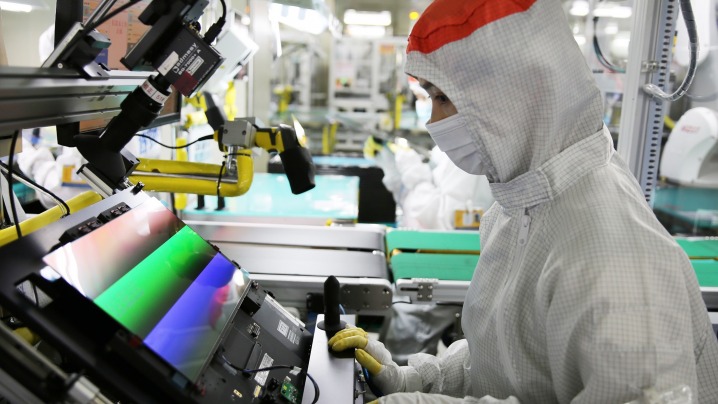 Samsung Display has announced that it will be mass producing the world’s first 90Hz OLED laptops in the first quarter of 2021. This is in contrast to most laptops shipping with 60Hz refresh rates and shows that these 14-inch screen will soon become standard.

The CEO of Samsung Display, Joo Sun Choi was quoted to have said in the official press release via BusinessWire, that Samsung Display will begin to “produce very large quantities” beginning in March. The OLED display panels should be able to “satisfy the diverse consumer needs for laptops used in telework, online education, video streaming, and gaming.”

The key thing to remember in this scenario is that these aren’t even LCD screens. Samsung’s OLED technology is used the world over in smartphones from Apple to Google, and almost all of the newer brands and phones are all displaying at between 90Hz and 120Hz. This technology now seems to be moving towards laptops.

For economies of scale, mobile, laptop, and television screens has lately been manufactured in much larger quantities than desktop monitors, so it will still be while before OLED desktop monitors become affordable.

Usually, OLEDs require far less layers than other types of screen as they are a grid of organic, light-emitting materials. This means that they are thinner, and don’t require as many layers as a traditional LCD would. LCDs usually lose out where contrast is concerned due to the liquid crystal layer lighting up different zones versus OLED having every pixel being its own light source.

The GtG pixel response is far faster than LCD, so same-Hz will have less motion blur than the equivalent refresh rate on LCD. However, MPRT is still bottlenecked (see GtG versus MPRT) so there is still remaining motion blur on OLEDs. We are looking forward to motion blur reduction technologies arrive on these OLEDs, like they exist for BFI on LG CX OLEDs and virtual-reality OLEDs.

What it means is that there are going to be some interesting times ahead.