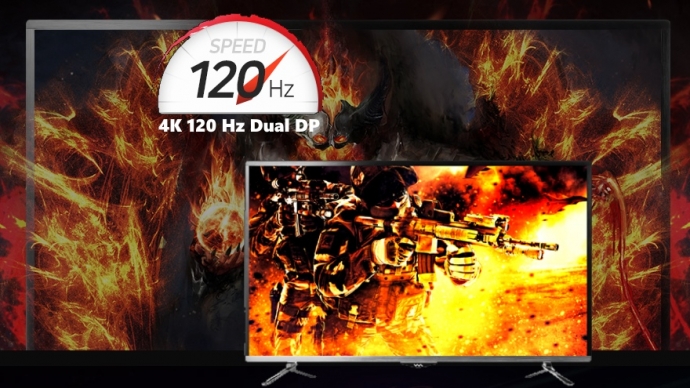 Sold domestically, it’s possible to order this display on eBay by a Korean seller with free international shipping to North America and Europe.

The manufacturer has written in many places that this is true 120Hz at 4K resolution. There is also YouTube video proof by a user who confirmed it is 4K 120 Hz in TestUFO.

Currently there is no FreeSync support.

This may be the first retail/commercial 120Hz-capable 4K display, after the Zisworks 4K 120Hz kits.

Here are the confirmed translations into English for the 43″ 4K 120Hz monitor, along with contextual crops from the manufacturer’s page: