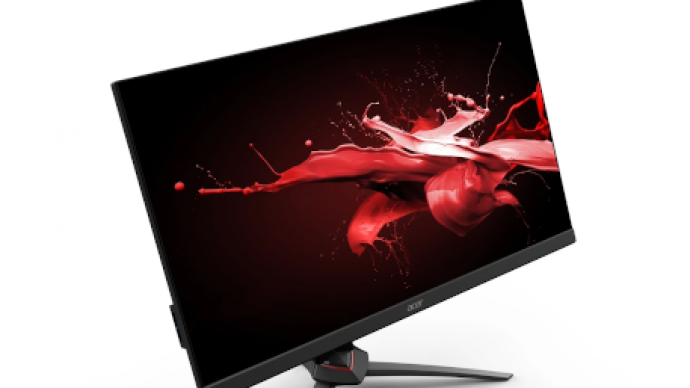 In keeping with earlier news at IFA 2019 and all of the fantastic new monitor and tech releases, Acer is not to be outdone, as they have released four new monitors in its Acer Nitro XV3 range.

Each of the four all support variable refresh rates and are NVIDIA G-SYNC Compatible which also works with FreeSync as well. Along with that, they come with Acer’s own vision upgrades such as Game Mode, VisionCare with Flickerless, ComfyView and BlueLightShield. The press release on Acer’s site has confirmed that the Acer Nitro XV273 X is actually an IPS display.

Kitguru states that the above full series of monitors sport IPS panels with “low response times”, though the official word on GtG response time has not arrived yet.

Acer has also kept itself in the buzz of the news this week due to its new 300Hz gaming laptop. This, of course, follows the recent news about ASUS and it’s 300Hz portable gaming monster, Acer’s updated Predator Triton 500.

The laptop already boasts some high-quality specs at the helm with an Inteli Core i7-8750H, with an RTX 2060 or RTX 2080, either 16GB or 32GB of DDR4 RAM and the possibility of dual 512GB SSDs in RAID. With the addition of the new 1080p 300Hz refresh rate, and 3ms GtG response time, the Predator Triton 500 has entered some new territory.

According to the official website, the Triton 500 weighs in at just 2.1kg, so it’ quite light and has a 17.9mm form factor. True gaming power on the go.

The Triton 500 is supposedly coming in at $2,800 when launched in December. However, if that’s a little too rich for your blood, Acer also announced the Predator Triton 300. Not quite a 300 Hz laptop this time around, but a respectable 144 Hz with the specs to boot.

The Acer Offering an Intel Core i7, GTX 1650 and a 1TB NVMe SSD, the 1080p laptop will be able to hold its own against other mobile gaming machines.