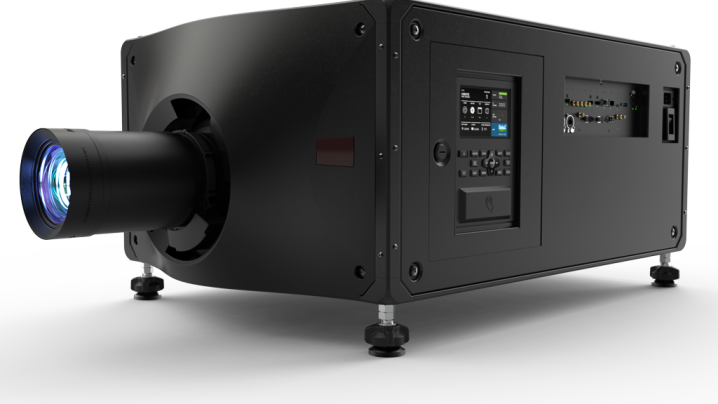 Now, Ultra HFR may be become a reality in digital cinema! Christie, the audiovisual and technology company, has announced its new Griffyn projector capable of up to 480 Hz:

The 4K32-RGB Laser Projector is the newest product from the brand putting its proprietary RGB laser illumination architecture together with integrated cooling to produce a project that is fit for large venues and arenas. The all-in-one self-contained liquid cooling system allows for a full brightness of 30,000 ANSI lumens at a minimal volume, making it one of the quietest venue projectors around.

The projector uses three 1.38-inch DLP imagers and a video-processing pipeline of up to 1.2 Gigapixels per second. It comes standard with four 12G-SDI1 connectors, two HDMI 2.0 ports, two DisplayPort 1.2, and HDBaseT connectivity. 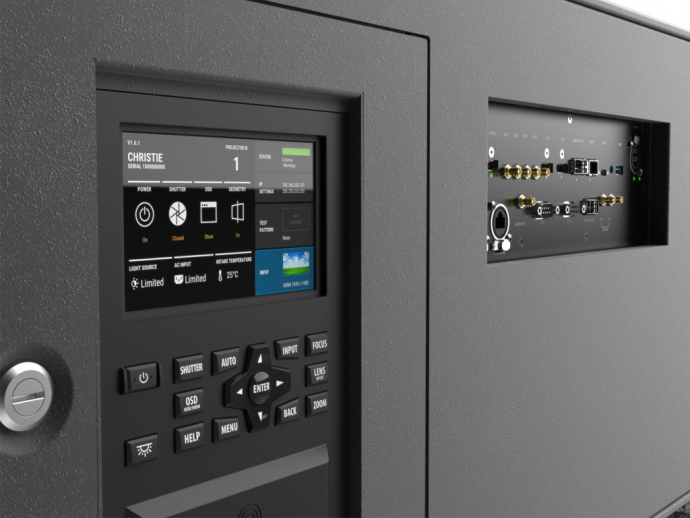 According to the official spec sheet, the Griffyn 4K32-RGB has an exceptionally wide colour gamut, achieving 96% of the Rec. 2020 colour space, more than twice that of Rec. 709, and 50% more than other DCI-P3-capable projectors. As already mentioned, the projector has HFR capability delivering 120Hz at 4K and 480Hz at 1920×1080.

When Hollywood does HFR, it is usually done at only 48fps or 120fps. Unfortunately, when these frame rates are displayed on a sample-and-hold display (non-CRT), it is far blurrier than CRT, and still generates more motion blur than real life.

Due to modern sample-and-hold displays (not impulsed like a CRT), the use of 120fps at 120Hz still produces 1/120sec = 8.3ms of motion blur (See Pixel Response FAQ: GtG versus MPRT).  This is still much more motion blur than a CRT tube. 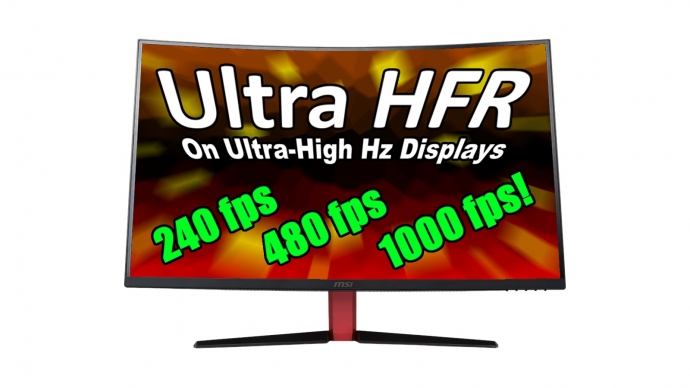 UltraHFR enables smooth motion without motion blur. This way, UltraHFR can bypass the HFR/interpolation nausea equivalent of “uncanny valley”. Even with fast source-side persistence (fast camera shutter), the display is a major limiting factor, since the frame visibility duration on a display, determines a guaranteed minimum display-side motion blur.

Virtual reality scientists have found that impulse-driving is the best way to reduce motion blur. 120fps HFR can also instead be strobed (black frame insertion) to reduce motion blur. However, real life doesn’t flicker (strobe / impulse) like a CRT, so ultra high frame rates are a good approximation of real life, since displays are often simulated windows into real life.

We actually experiment with actual high-Hz displays in our hands, such as our 480 Hz tests. In film making, fixing stroboscopic effects is accomplished by adding more camera motion blur.

However, when simulating real life (Holodeck, VR, sports, ride simulators, specialty cinema, etc), it is better to use a consecutive series of frames (i.e. one thousand fast-shutter frames 1/1000sec shutter, all played back consecutively, to a true 1000fps 1000Hz display in real-time). This simulates real-life better, as we clearly noticed in our ultra-high-Hz video tests, and updated our Ultra HFR FAQ.

Many Hollywood cinematographers have not yet discovered the benefits of Ultra HFR just yet, especially due to increased nausea 48fps HFR and 120fps HFR on sample-and-hold displays, whereupon there’s still noticeable motion blur.

Like the old adage “Go Big or Go Home“, 120fps HFR is just not big enough. If a cinematographer wants to go beyond 24fps Hollywood Filmmaker Look and wants to dabble in HFR, then why stay at 120fps HFR when fewer people have nausea with 480fps than 120fps? There is a need to jump past the uncanny valley.

The easiest way to explain to a cinematographer is that 1/120sec SLR camera photos are still blurrier than 1/1000sec SLR camera photos. The same is still true for Ultra HFR (120fps versus 1000fps), when sample-and-hold displays are considered. Thus, we are very glad that Christie is pushing the Ultra HFR envelope.

Some will still have nausea at any frame rate, but many virtual reality scientists noticed that nausea occurs less frequently at super-low frame rates or super-high frame rates, rather than mid-framerates (48fps to 120fps) on sample-and-hold displays. In the interim, strobing (low persistence) is used as a virtual reality solution

True 480 Hz displays such as the new Christie projector, will help pave the way for Ultra HFR, as a 2030s Cinematography technique. Currently, Ultra HFR sciene is like scientific research of HDTV in 1980s and 4K in 1990s, so it will be a while before Ultra HFR becomes mainstream.

The temporal dithering nature of DLP has difficulty doing instantaneous 24-bit color at 1/480sec (480Hz). However, the sheer high resolution and the 3-chip nature of the Christie compensates significantly, making 480 Hz look better on this Christie projector than 120 Hz looks on a consumer DLP!

Cinematographers thinking of Ultra HFR, should study these articles:

Experiments of Ultra HFR is enabled by exitence of new projectors such as these. Eventually, for Ultra HFR beyond 480fps, Microsoft will need to fix the arbitrary Windows 512 Hz Limit.

The listing on the main page goes on to talk about the 5000:1 contrast ratio, and the 10,000 hours of illumination performance, with the ability to replace and service the light source in the field. The only thing not mentioned thus far is the price, and according to Projector Central, it’s scheduled to release in the fall of 2020. 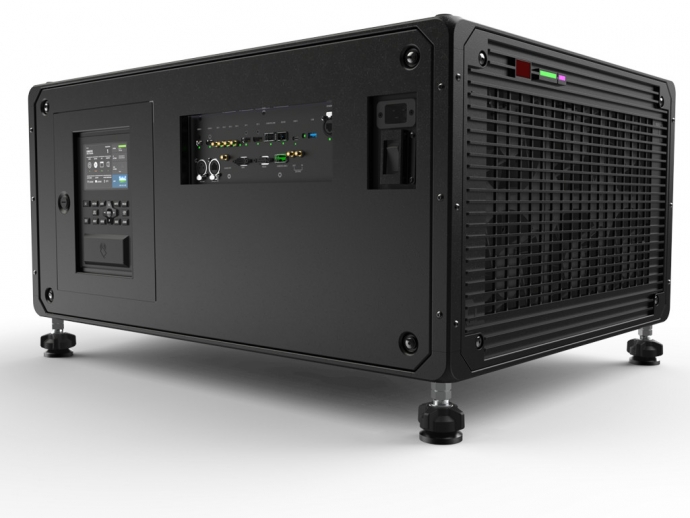 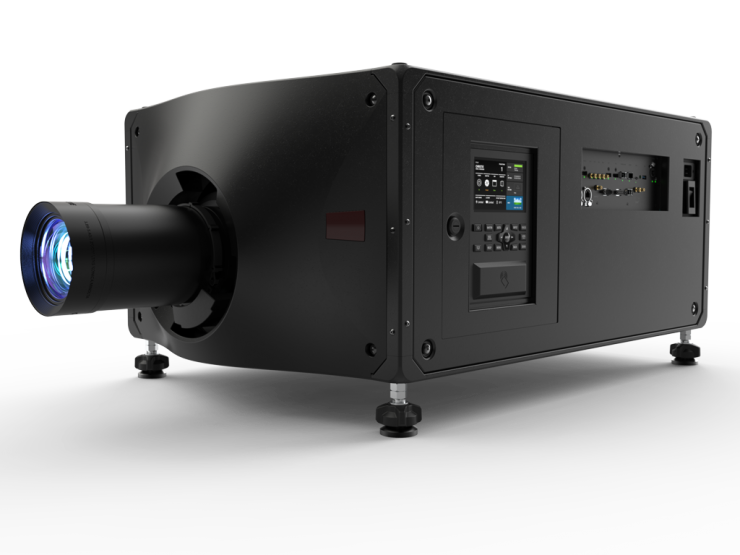 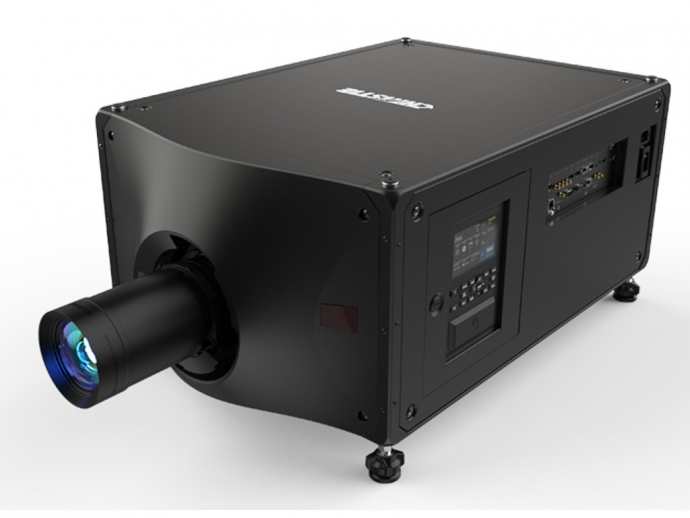