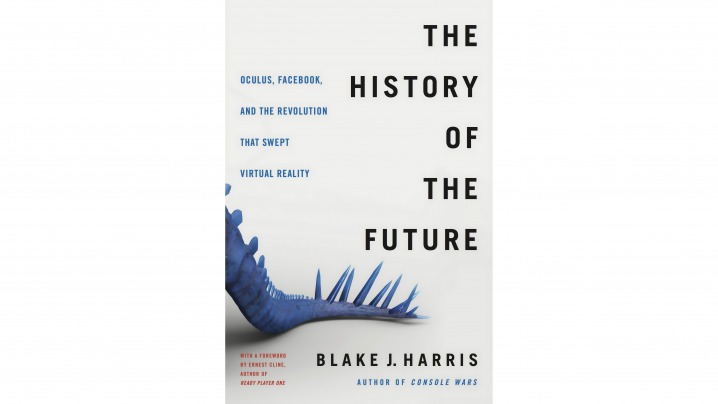 Hot off the heels of Blur Busters 2018 VR State Of The Union, a little known piece of Blur Busters history has just become public: Low-persistence (zero motion blur) was accelerated into virtual reality headsets is thanks in part to Blur Busters in 2012-2013!

Blake Harris’ new virtual reality book just came out today, The History Of The Future. This book, for the first time, reveals Blur Busters’ hidden role in the virtual reality resurgence. Blake Harris is the author of the bestseller Console Wars book.

A major problem was VR OLED screens still had too much motion blur, unless you used a low-persistence mode (a form of black frame insertion or strobing). This was the only way to fix OLED motion blur.

This helped the Oculus Kickstarter Team with low-persistence research in the innocent Kickstarter days long before they hired John Carmack and Michael Abrash. This work was completed in 2012-2013, more than a year before Facebook purchased Oculus! 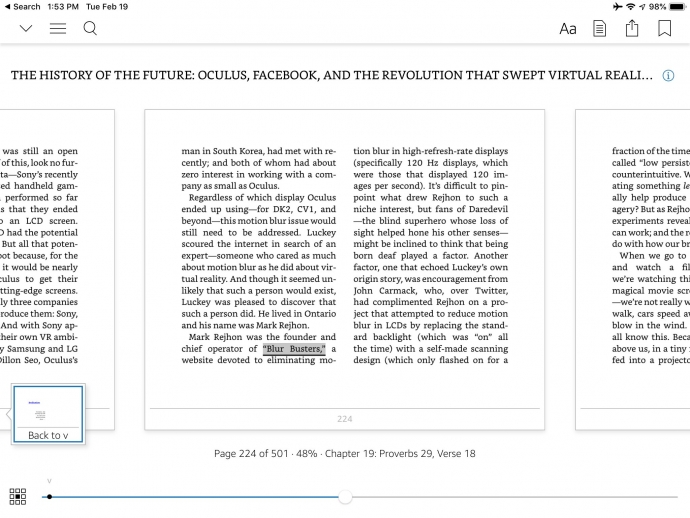 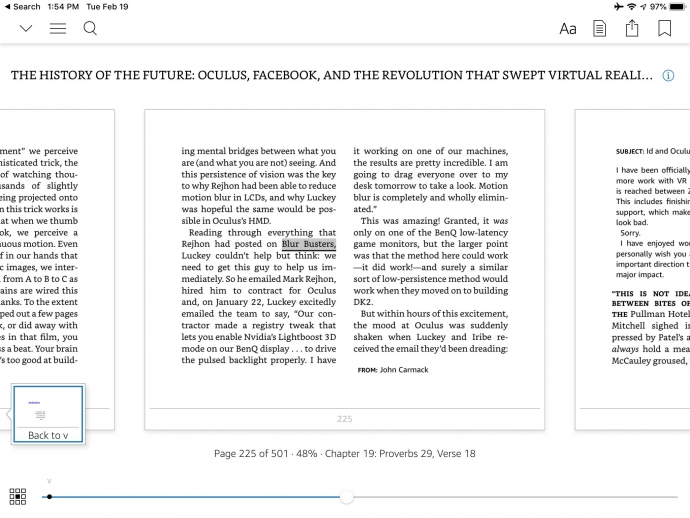 Head turning in virtual reality creates screen panning, which can generate motion blur on many displays.

All VR Competitors Copied the “Low Persistence” Idea By Oculus

There was a huge realization within the Oculus Kickstarter team that low persistence was hugely important for virtual reality. All the other VR headsets (Samsung GearVR, HTC Vive, PIMAX VR) piggybacked off this Oculus realization.

Blur Busters pointed Oculus down the correct direction long before they hired the big names like Carmack and Abrash.

Today, wearing Oculus Rift is like wearing LightBoost or ULMB Motion Blur Reduction except with bright and excellent OLED colors. Not even the best desktop gaming monitors match the motion quality and immersion afforded by an Oculus Rift. VR is already running with full CRT motion clarity!

Long-time readers will be familiar with this tweet that started Blur Busters.

@mdrejhon Good project. You definitely want to find the hardware vsync, don't try to communicate it from the host.

Today’s VR resurgence of better and improved VR — despite still being a niche industry — is thanks in huge part to the discovery of how important low-persistence (lack of motion blur) is in reducing VR motion sickness and nausea.

My contract with Oculus (before they were a real company) completed during the Kickstarter days long before the Facebook purchase (which I did not benefit off, by the way — so it’s okay to put down your pitchforks, buddies!). I finished the contract long before John Carmack and Michael Abrash began work there. And well before the drama started — I’m located in Canada. After all, we were just geeks back then in the innocent Kickstarter days!

However, I, Mark Rejhon, founder of Blur Busters was the first to convince a modern VR headset maker down the low persistence path — in the early Kickstarter days six years ago. Before Steam VR. Before Samsung Gear. Before HTC Vive. Before PIMAX. Before everyone else.

I continue to write inspiring low-persistence articles such as Blur Busters Law: The Amazing Journey To Future 1000 Hz Displays which is vouched by multiple scientists including NVIDIA researchers. NVIDIA complimented me on this amazing article at CES 2019.

Many Blur Busters readers with high-Hz monitors already have a VR-ready system.

If you are interested in adding an Oculus Rift, get this whole Amazon shopping list for a roomscale system which includes all the sensors and extension cables you likely need. All you need is an approximately 5×7 foot clearing in the middle of a cluttered room (a blue “holodeck grid” will automatically appear in your VR environment if you get too close to bumping into your furniture). Don’t worry about your furniture! Purchasing this kit via these links supports Blur Busters (thank you!).

If you don’t have enough reliable USB 3.0 ports on your system, also get this StarTech quad-USB3 Port Expansion Card too because a good, reliable Roomscale system requires four very fast, high-performance USB ports.