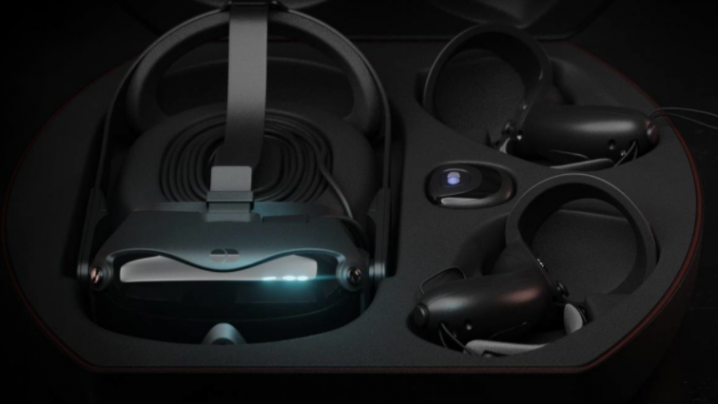 Singapore-based company, Deca, from Megadodo Simulation Games, has released the DecaGear, a virtual reality standalone with PC connectivity, face, and hip-tracking. The company behind the device is supposedly looking at a $450 price point with a release date for May 2021.

On RoadtoVR, the DecaGear mentioned has seemingly come out of nowhere with the CEO being linked to different companies from startups to multiplayer virtual reality gaming platforms, without much evidence of existence.

Aside from whether or not this is going to be something worth counting on, the specifications of the device seem to be head and shoulders above most other VR systems to date. The headset supposedly will sport 2160×2160 resolution per eye at 90Hz, with 1058 pixels per inch. It’s meant to have face-tracking, motion controllers with finger-tracking, four camera inside-out tracking, and full support for SteamVR games and content.

The company is also making mention of the DecaAir, an accessory that will allow players to use the system wirelessly from their PC to the headset, for just $50. It has a 7000mAh battery pack, allowing up to 6 hours of VR gaming.

If this comes to fruitition, amazing VR system that works wirelessly, with full tracking and SteamVR suppor. While the company behind it seems to know what gamers want, they don’t have a history of any kind of hardware development, so we’d need to wait and see if the company is able to deliver.

There is an official site up and the company is already taking pre-orders, allowing users to secure their DecaGear for just $10.