In August 2018, real-time ray tracing was announced including the NVIDIA RTX technology. 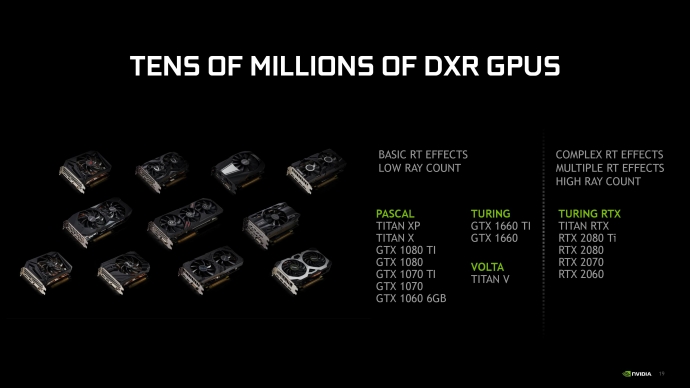 In the time since, our software and developer teams have kept working, allowing us to optimize our ray tracing technology, make new software advancements, and help developers further accelerate ray tracing performance in games. Because of this work, we have dramatically sped up ray tracing performance for GeForce RTX GPUs, and can now enable DirectX Raytracing ( DXR ) on GeForce GTX 1060 6GB and higher graphics cards via a Game Ready Driver update, expected in April.

With a bigger ray tracing ecosystem, game developers will no doubt add more support for raytracing to their games, since many game development machines at many game studios do not yet have the RTX series.

This adds more ray tracing support to more games more quickly, which benefits the future RTX ecosystem (as well as DirectX Ray Tracing, which incidentally, AMD will eventually work with once it’s supported across all GPUs).

How will it perform on GTX?

In NVIDIA’s slide deck on their page, they compare GTX versus RTX. We’ve selected two slides, of one game: Metro Exodus to highlight this. 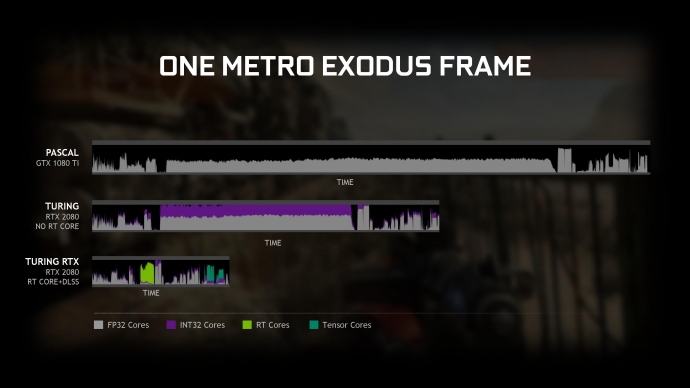 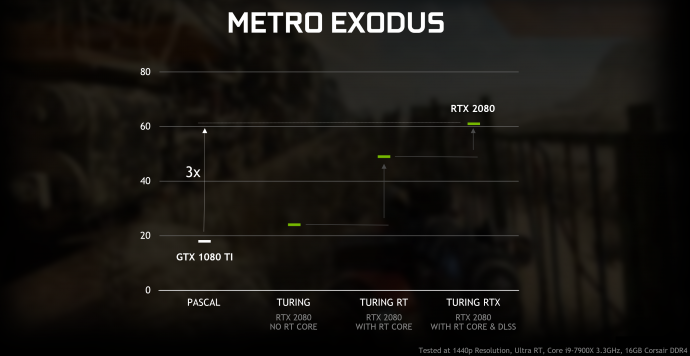 Clearly, NVIDIA wants you to buy RTX, but we’re glad that everybody’s existing GeForce GTX 1080 Ti GPU — including ours — now supports ray tracing, and this will lead to exciting game developments lifting all boats for everybody in all camps!