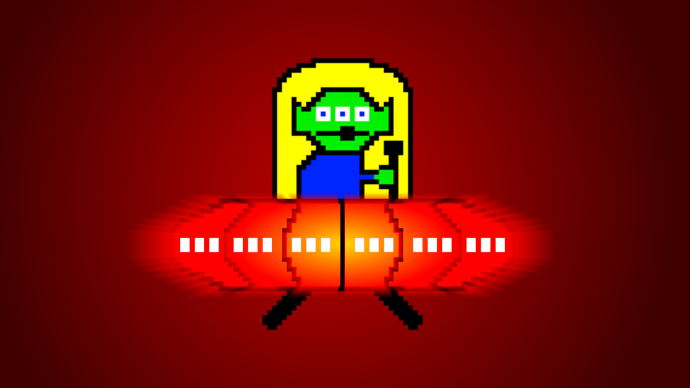 If you recently purchased a gaming monitor with the new LG 1440p 1ms IPS LCD, such as a LG 27GL850 or the ViewSonic XG270QG* / XG270QC*, then you will notice the reds simply pop. These panels have 98% DCI-P3 color gamut (135% sRGB), which creates dazzling reds rarely seen in a gaming monitor.

Certain new 1ms 1440p IPS LCDs have a situation where only during strobing, there is red-colored ghosting, as discovered by multiple testers including ourselves, TFTCentral, PCmonitors and ApertureGrille. All of us have noticed this red-colored fringing during ghosting tests of strobed modes on XG270QC and XG270QG. 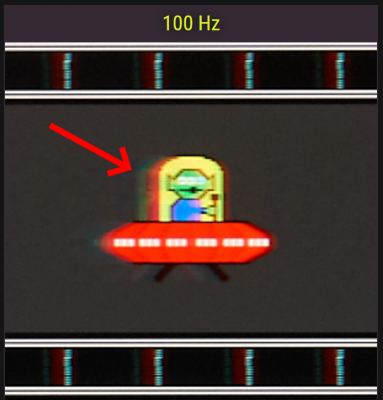 It is noteworthy that the LG 27GL850 (which uses the same phosphor) did not include a blur reduction mode, possibly because they probably internally discovered this issue. This phosphor is not normally a problem for steady-state backlight (not using a blur reduction mode).

On the XG270QG, with ULMB turned ON, photodiode oscilloscope tests show that the green color channel behaves as a normal squarewave. This is the expected behavior for motion blur reduction.

However, measuring the red channel on the same display shows a distorted square wave.

Our high speed video tests have confirmed slow red phosphor decay on Nano IPS panels that affects strobe backlight modes. Normally, this is not a problem for steady-state backlights. However, this creates color issues with backlight modulation (via strobe backlight, via local dimming, or via dynamic contrast).

White LEDs Use Phosphor Which Is Usually Fast, But This Is Real Slow…

Normally, the phosphor built white LEDs backlights are extremely fast, so this is usually unmeasurable. White LEDs use phosphors with blue LEDs to convert blue light into white light. Some wide-color-gamut backlights use different phosphors that may be very slow, such as KSF phosphor. Also, some LCD panels use color filters that have built-in phosphors or quantum dots to enhance the color gamut of the LCD sub pixels.

Most GtG and MPRT benchmarks have a measurement cutoff from 10% to 90%, as explained in Pixel Response FAQ: GtG Versus MPRT. Artifacts are still human visible below the 10% cut-off threshold. 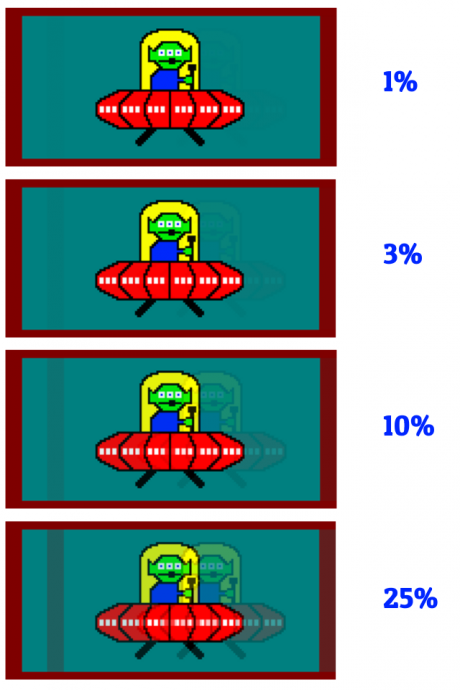 It is possible to have 1ms MPRT90% (VESA standard) that is more than 10ms MPRT100%. This can still show up as extremely visible strobe crosstalk, with double-images seen in TestUFO Crosstalk.

As the experts in the refresh rate race, we see temporal artifacts via a very different approach (much akin to geometry versus physics). We are familiar with the issue of human-visible motion artifacts that are missed in common scientific measurement cut-off thresholds.

First, we displayed a simple Windows Notepad window, recorded at 960 fps while playing back at 5 fps. It tarkly demonstrates the slow red phosphor decay after the strobe backlight flash.

Next, we started to use TestUFO Scan-Out at testufo.com/scanout to amplify the visibility of display refreshing behaviour with high speed video cameras.

Most LCDs refresh from top-to-bottom in high speed videos. We have a very good article, Understanding Display Scan-Out Lag Via High Speed Video which we recommend you read first before interpreting the below videos.

The above high speed video of LightBoost helped make Blur Busters famous back in 2012. This video educated manufacturers & readers that it was now possible to eliminate LCD motion blur.

With strobing turned off, the 1ms IPS LCD is impressively fast compared to the smearing shown on a much slower 5ms IPS LCD.

All in all, this LCD looks normal for a 1ms-class IPS LCD panel, competitive with 1ms TN.

Now, we turn ULMB ON. Here, we get the unexpected surprise of the slow-decaying red phosphor.

This effect would create red-colored ghosting during strobed mode, interfering with the quality of motion blur reduction.

The XG270 (no suffix) is a 240Hz 1ms IPS panel, and does not use the slow red phosphor. As a result, it is unaffected by the red phosphor ghosting. Here is the XG270 motion blur reduction mode in high speed video:

This is the hallmark of a Blur Busters Approved LCD that has passed our rigorous tests.

Thanks to our familiarity with strobe backlights, we’ve custom annotated an oscilloscope latency test found at ApertureGrille to explain the shape of the oscilloscope graph.

During strobe-tuning, we also see similar graphs with other strobe-backlight displays, dependig on different photodiode-sensor positions along vertical axis of the screen (top, middle, bottom), but without the phosphor behavior beteween backlight pulses. We have re-confirmed these annotations in tests.

UPDATE #2: How Bad is KSF Compared To Other Alternatives?

If you’re okay with a slight amount of ghosting, newer 2021 KSF panels with good strobe tuning (e.g. EVE Spectrum 4K 144Hz) are able to ghost less than a plasma TV, less than a VA LCD panel, even if more than CRT.

While KSF panels have more ghosting than panels with a Blur Busters Approved Logo, some may find ghosting at acceptably low or reasonable levels on well-tuned models, even strobed KSF panels can still have less ghosting than strobed VA panels.